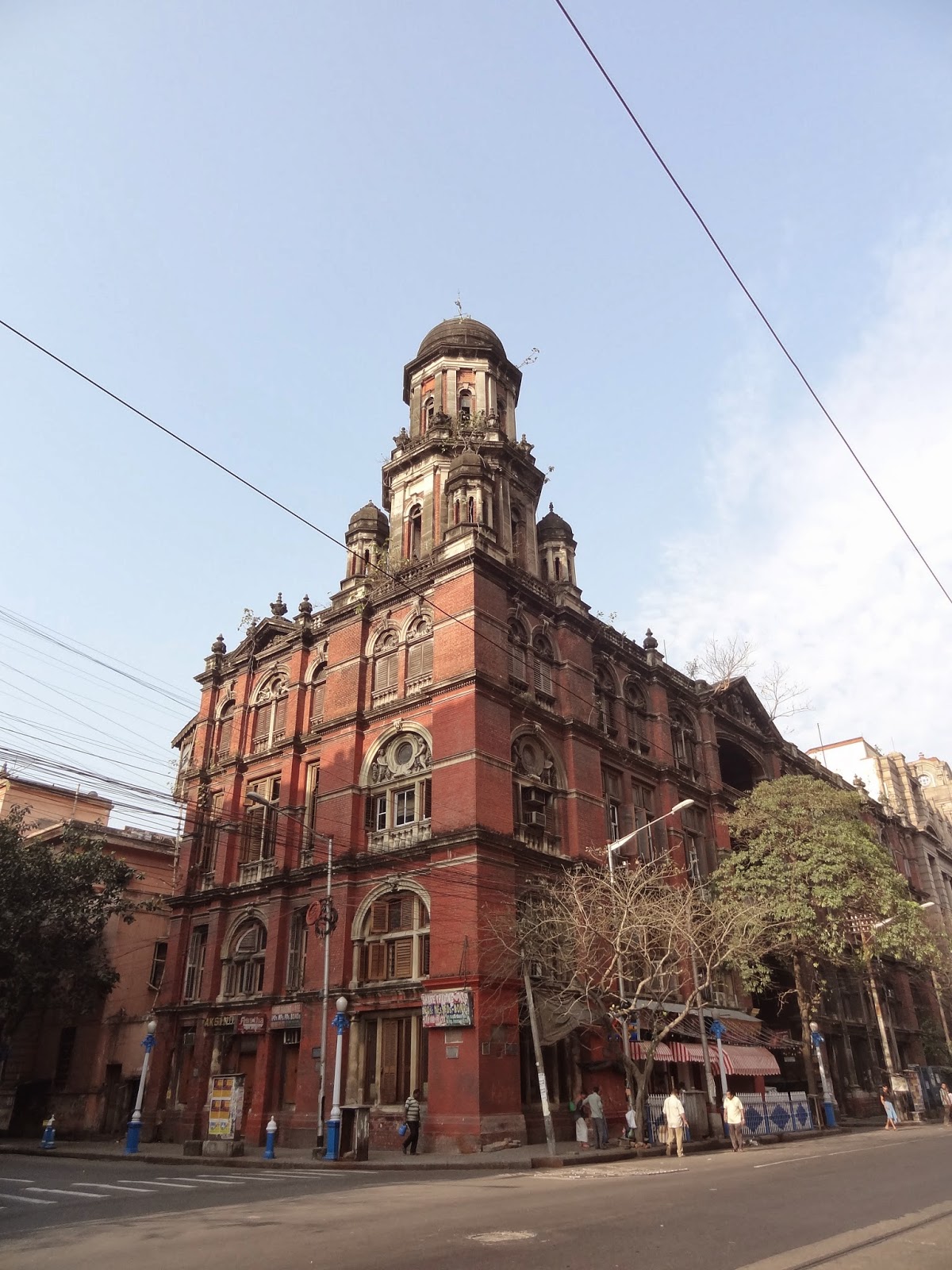 On the corner of Dalhousie Square South and Wellesley Place (now Red Cross Place) can be found the Standard Life Assurance Building. A beautiful structure, it was designed by the same man who designed Bombay’sVictoria Terminus, Frederick William Stevens, and constructed in 1896

Founded in Edinburgh, Scotland, in 1825, Standard Life Assurance was a pioneer in life insurance for British subjects living in India, and the other colonies. This was at a time when most insurance companies would discourage travel to the colonies thanks to the extremely high mortality rate. Standard Life Assurance, was, in it’s heyday, the best known life insurance company in the colonies.

Like many other colonial buildings, this one also looks like it has simply been plucked out of Victorian England, and placed here. The building can be identified from a distance thanks to the large domed tower on it’s North East corner. 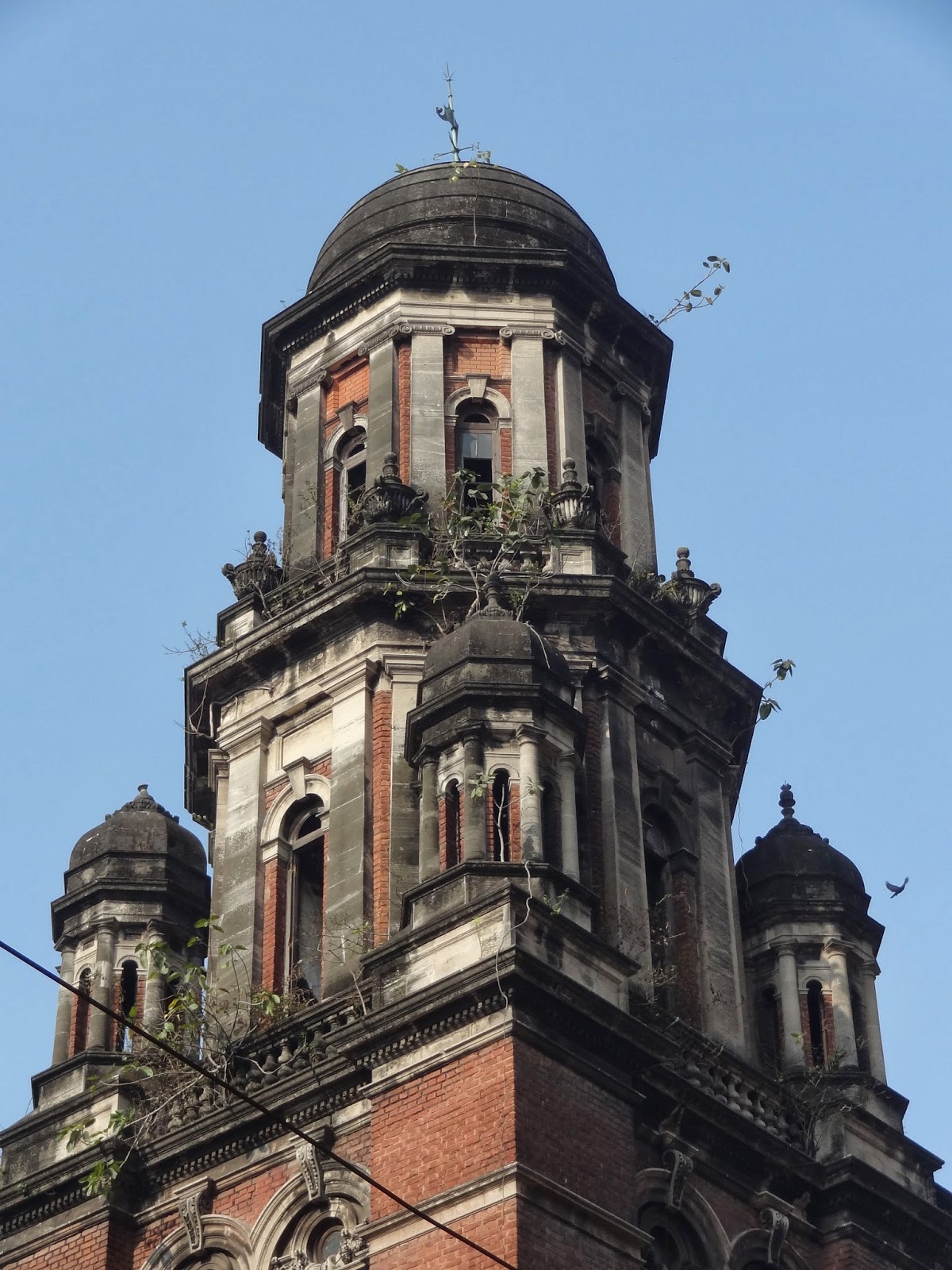 Exquisitely detailed, the building contains some very fine stucco work above the windows.

Like it’s cousin in Bombay, it features Standard Life's logo of the biblical Ten Virgins in statue form in the main pediment. Derived from the parable of the Ten Virgins (Matthew 25:1-13,) this was thought to be an appropriate motif for an insurance company with the message of always being prepared for future contingencies. 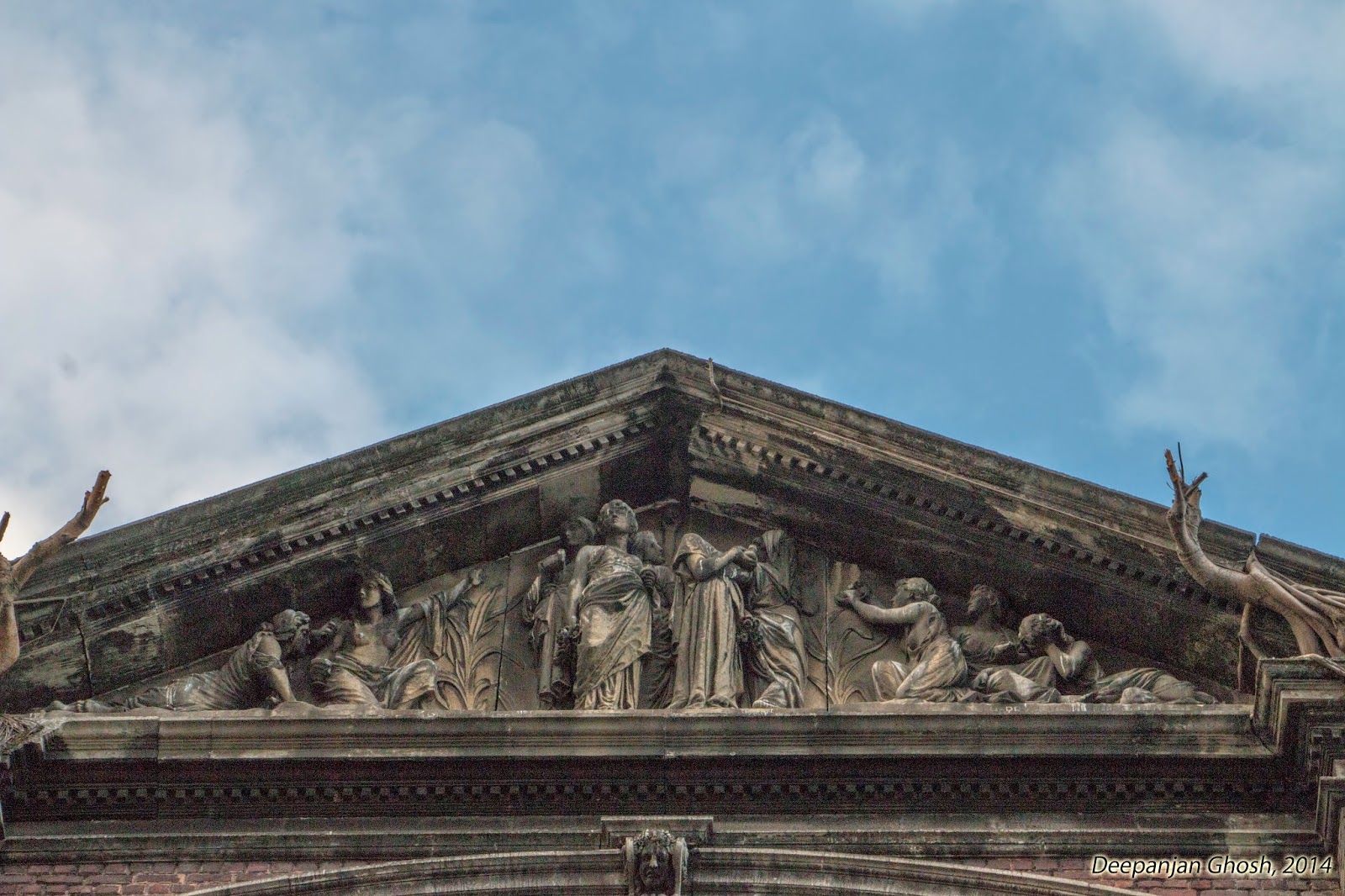 Sadly, the building is now in an almost derelict state, even though it continues to be used as government youth hostel. Several trees have taken root all over the structure, and one of the upper balconies looks like it is beginning to cave in. The overall sooty and grimy appearance of the building also does not inspire confidence. 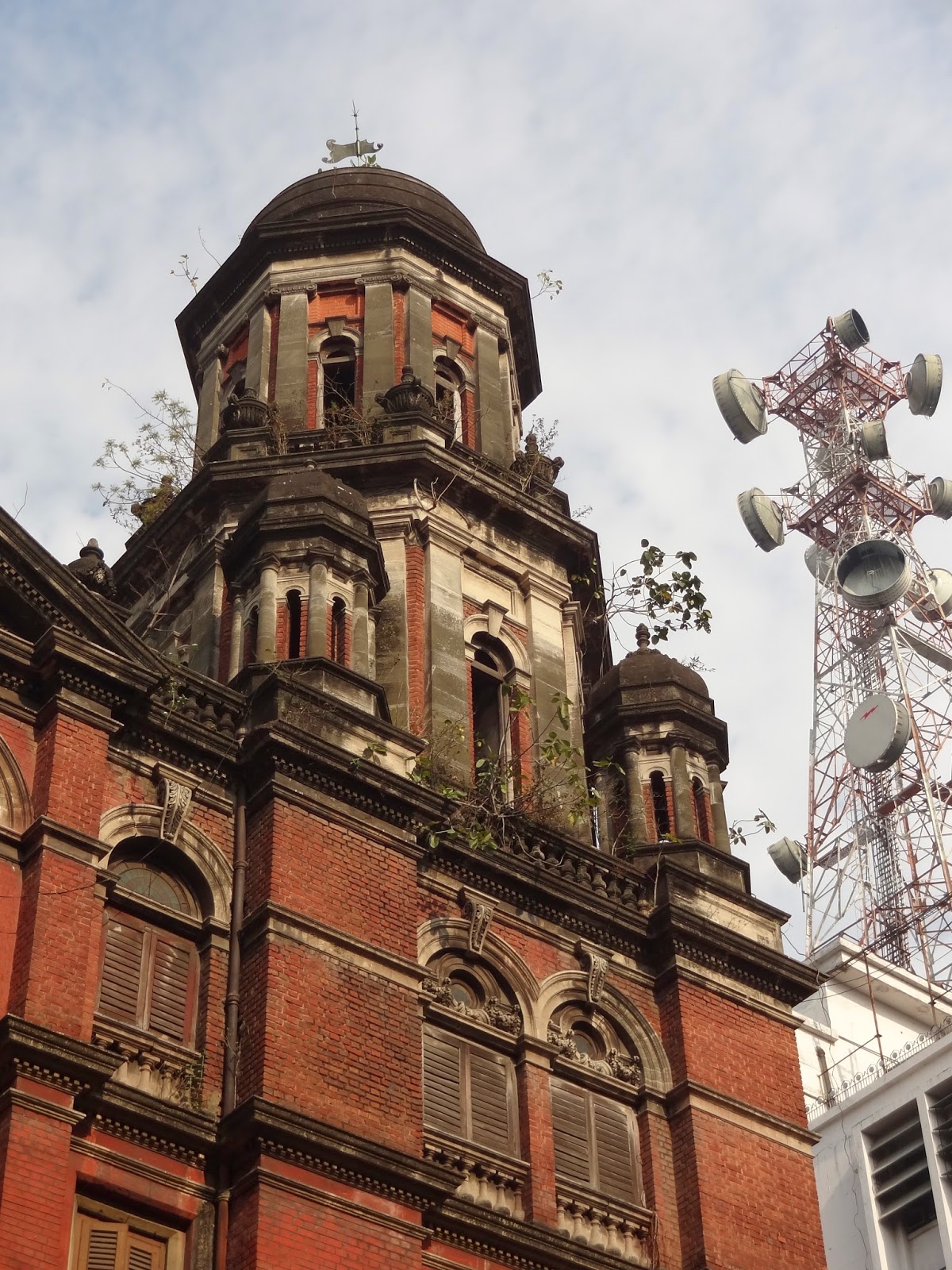 When we visited the building, we were happy to see scaffolding, which might mean that long overdue restoration work on the building has finally begun. There has been talk of restoring all heritage buildings in this part of town, to revive interest as a tourist attraction. Let us hope something concrete is done before it’s too late. 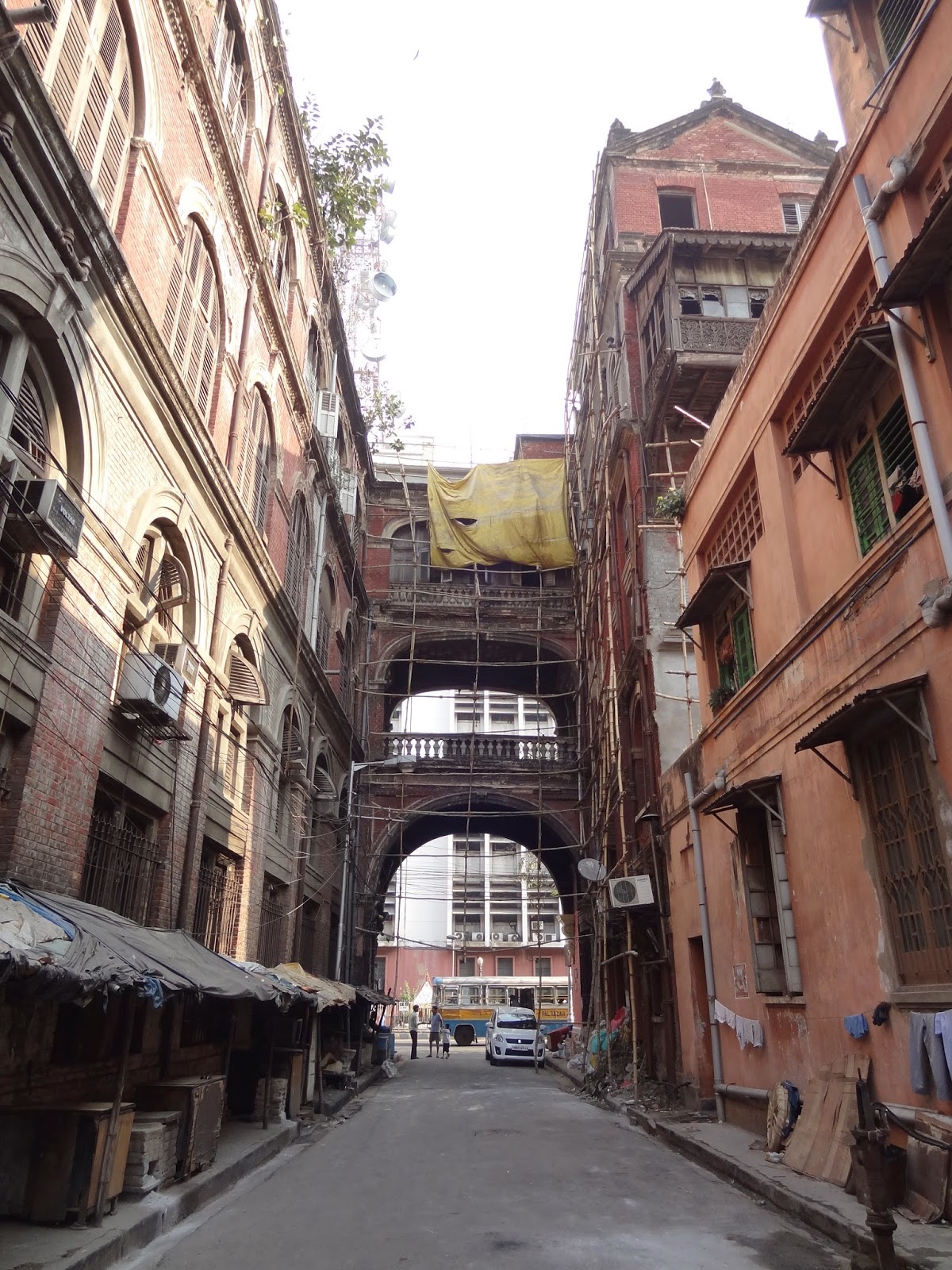 Posted by Deepanjan Ghosh at 23:21