The Zohra Begum Masjid or Mosque on Tollygunge Circular Road (officially 32 Somnath Lahiri Sarani) came to my notice while doing a photowalk with members of Wikipedia in the Chetla area of South Calcutta (Kolkata). We were photographing the four temple complexes in the area when Indrajit Das took a look at the Municipality’s list of heritage structures and found a Mosque in the list. Curious to find out more, we walked in. We had no idea that we had walked into a property connected with Tipu Sultan of Mysore. 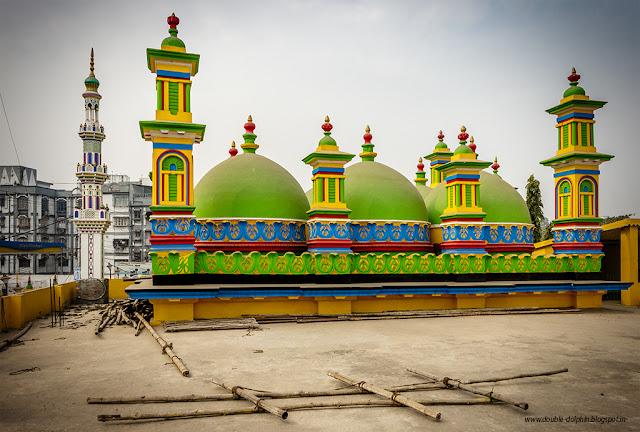 THE TIPU SULTAN FAMILY IN CALCUTTA

Most Indians seem unaware of the fact that the rulers of the Kingdom of Mysore were Hindu except for a small period. This was the Wadiyar family, which ruled Mysore from 1399 to 1947. Their reign was interrupted for a period of 39 years, from 1760 to 1799 when Haider Ali and his son Tipu Sultan usurped power. Tipu chose to align with the French against the British East India Company, which was then expanding and consolidating its rule across India. When he was defeated and killed in the Battle of Seringapatam on the 4th of May 1799, his 12 sons and relatives, a group of about 300 people, was exiled to Calcutta by the East India Company. They settled around the area today known as Tollygunge, and many of their buildings and mosques are seen around the area even today. 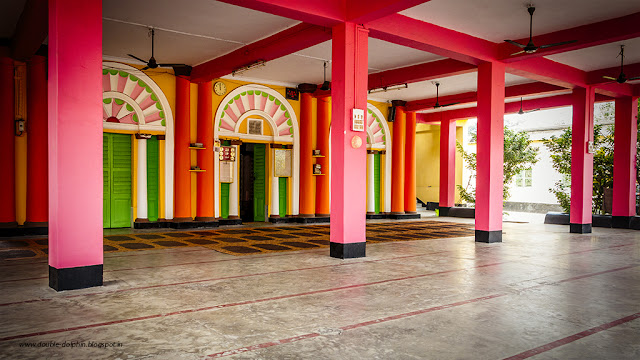 ARCHITECTURE OF THE ZOHRA BEGUM MOSQUE

Partha Chatterjee in his book “Black Hole of Empire” says that the Zohra Begum Masjid is built in a “Dakhani” style, unknown in Bengal at the time. Through the gate, to the right is the place for “wazu” or ritual cleansing before prayers. On the left is the covered courtyard where prayers happen. To the rear are rooms which accommodate the Imam and other office bearers. Stairs lead to the terrace, on which are 6 domes, with 4 minarets at the four corners, and 4 smaller minarets. The entire structure was undergoing renovation when we were there. The mosque had been recently painted in bright colours and two further minarets were being added. Details of the mosque’s origins are written on a marble plaque, but the trouble was that the writing was in Persian, which no one in the group could read. I had to depend on the kindness of twitter users to have the plaque translated. 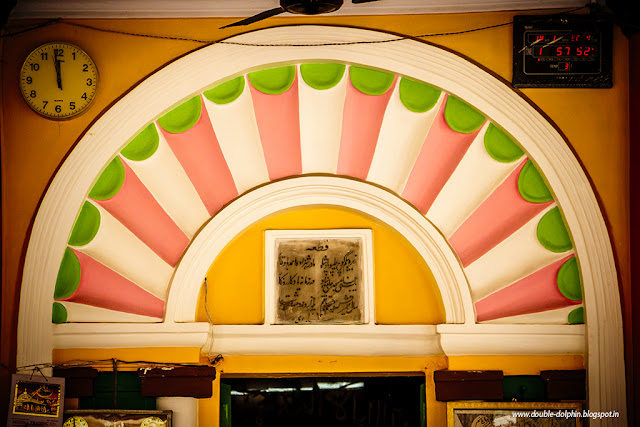 TRANSLATING THE PLAQUE – THE ORIGINS OF ZOHRA BEGUM MOSQUE

A gentleman with the twitter handle @syedfaizan87 volunteered to translate the plaque on the wall of the mosque. Thanks to his efforts, we know that the Persian writing is a “Qita”, a group of standalone couplets, as an epitaph for a certain Zohra Begum of Kooch. Kooch, according to a Persian dictionary, is a region between Bengal and Khatta, but I have never heard of Kooch or Khatta before. Tipu Sultan is also mentioned in the Qita, but it is not clear whether Zohra Begum was his wife or daughter. The Imam informed us that Zohra Begum was one of Tipu’s daughters. She is mentioned as the mother of Shehzada Ahmed Ba Waqar, meaning Ahmed “the honourable”. The second verse says, “a foundation of a jameh mosque she laid, in the zamaneh as a yaadgaar e roozgaar” or as a reminder or a memorial. The third couplet begins with words “saal e ta'miir”, meaning the year of construction, and then there is the date 1264 Hijri, which would be 1848-49. It’s a strange lesson, this plaque. You build a mosque, and you write down all the details about it on the wall thinking that people will remember you long after you’re gone. A couple of centuries down the line, no one can read the language on the plaque, and you go the same way as the rest of humanity – into obscurity. 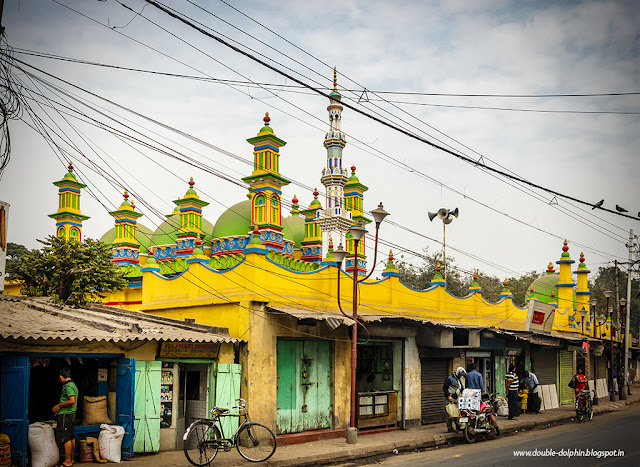 PRESENT CONDITION OF THE MOSQUE

The Zohra Begum Mosque, as I have mentioned earlier, was undergoing renovation at the time I visited it. It is in use and the serves the Muslims of the area. Attached to the mosque in the past was 36 bighas of land which is now managed by a Wakf Board. Wakf is a permanent dedication of movable or immovable properties for religious, pious or charitable purposes as recognised by Muslim Law. The mosque itself is under the Zohra Begum Masjid Committee which has 6 staff members under the Imam, Maulvi Tehseer-ud-Deen. The Imam was somewhat uncomfortable with such a large group of us walking into the mosque carrying rather large cameras. All the neighbours were asking questions, he said. While he was relieved when we left, there was no hostility. The general rule in Calcutta’s mosques is simple. Stay out when the Namaz or prayers are on unless you’re a believer and want to join in. At other times, as long as you remove your shoes, and in case of women cover your head, you are free to walk around. However, do seek permission before you start clicking photographs. If you look people in the eye, smile and request for permission politely, there is no reason for you to be refused. As usual, remember to be respectful. No smoking, eating, drinking, shouting or swearing while inside.

THE TEMPLES OF CHETLA