“…Velvet curtains in rich dark hues and embroidered in gold and silver, some with Hebrew lettering, hung down in rows from the ladies’ gallery. Glittering chandeliers shone down on a sea of heads wearing different coloured skull caps and swathed in prayer shawls, chanting and responding in unison to the Hazzan, a venerable king on the central dias…after hearing the Kol Nidre, I went home happy to be a Jew…” 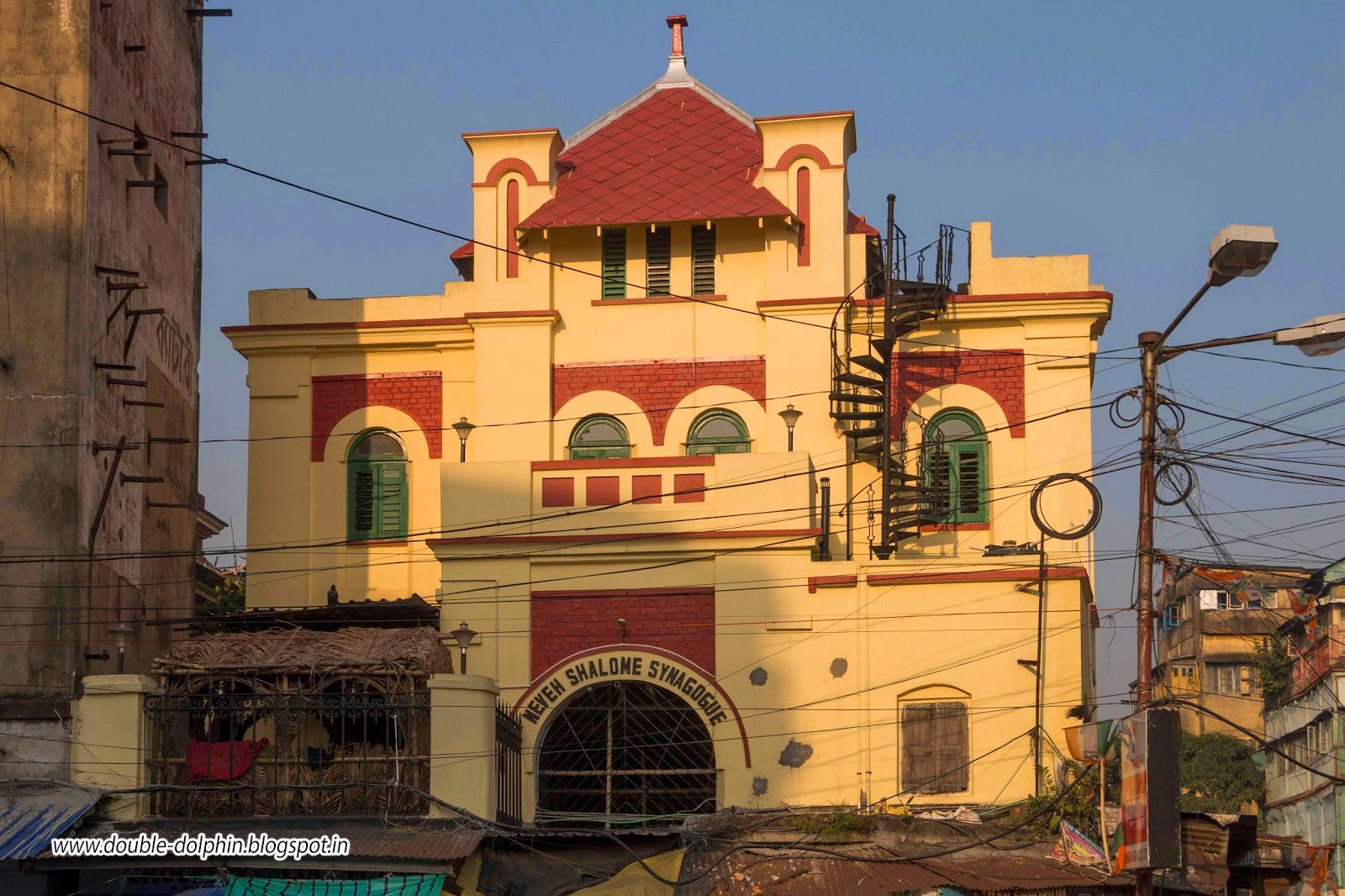 On a dark and stormy night, on the 4th of August, 1798, Shalom Aaron Obadiah Ha-Cohen of Aleppo, arrived in the second city of the empire. His arrival marks the beginning of the Jewish settlement in Calcutta, then the centre of mercantile activity in the East. When a community settles far away from its roots, apart from food, clothing, housing and the other necessities of life, it has two other needs; a place of worship and place for respectful disposal of the dead. The latter need was fulfilled by the Jewish Cemetery in Narkeldanga. The former was answered by five Synagogues, of which three survive to this day. But it is only the oldest of them which can boast of having risen from the ashes like a phoenix, not once, but twice. 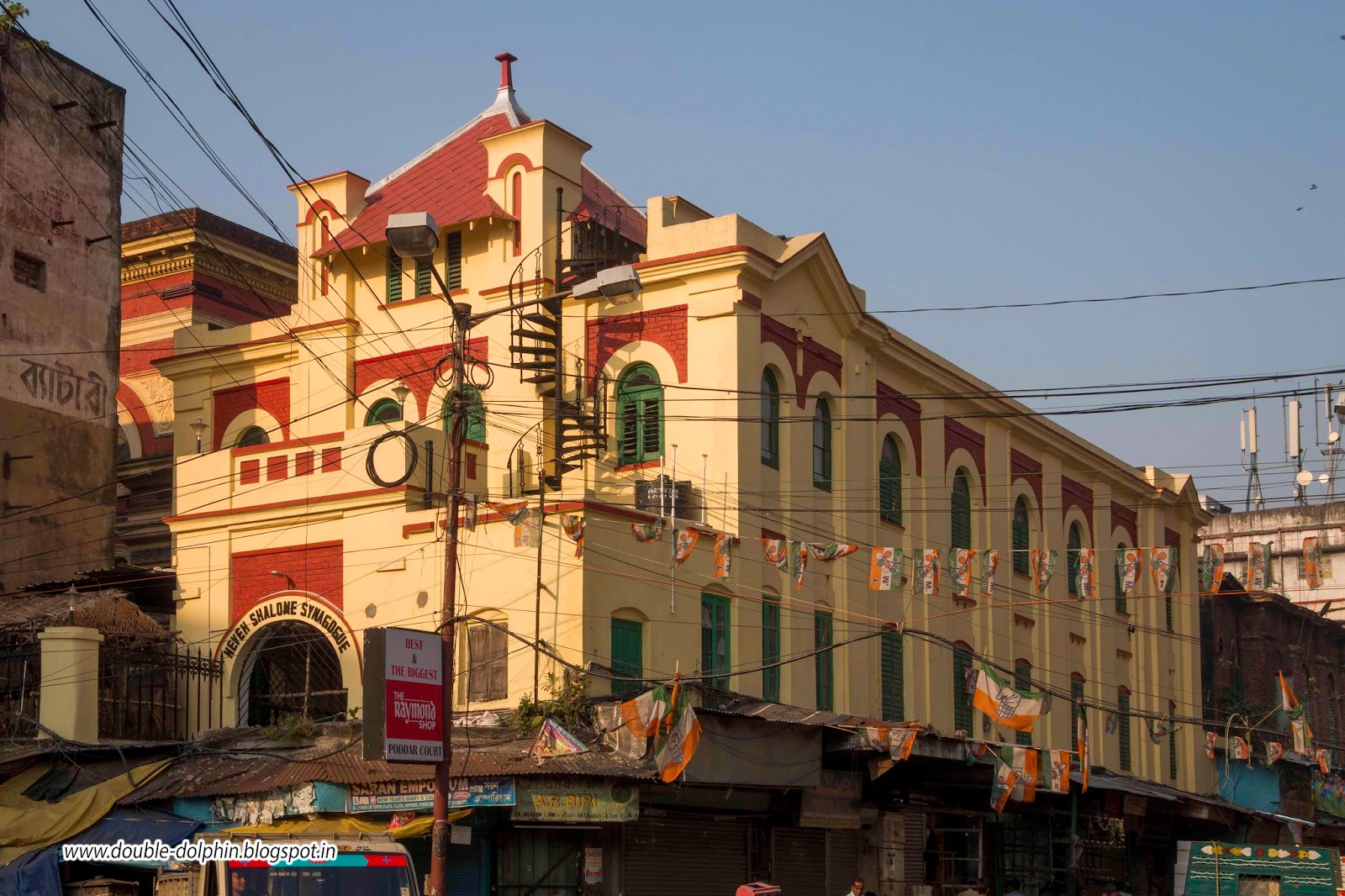 Since Shalom Cohen was the first to arrive in Calcutta, he naturally became the leader of Jewish community in Calcutta. It was he who secured the land for the Jewish Cemetery, and the plot of land on the corner of Brabourne Road and Canning Street, where today, there stand two Synagogues; the Neveh Shalome (meaning the Abode of Peace), and the Maghen David (meaning the Star and Shield of David). When that plot was bought, there was already a house already on it, which had a large hall. Since Jewish religious law does not require a purpose-built Synagogue for worship, that house began to be used for prayers, and came to be known as the Neveh Shalome, later called the “old Synagogue”. But as the community grew in size, the need for a larger space was felt. To address this need, David Joseph Ezra and Ezekiel Judah built the Beth El Synagogue in 1856 on Pollock Street. But the community expanded further still, at its height numbering 6000, and it was then that a decision was taken to demolish the old house on the corner of Brabourne Road and Canning Street, and build a magnificent synagogue in its place. This was the Maghen David, the shield and star of David, “the grandest Synagogue in the East”. The Maghen David was completed in 1884. 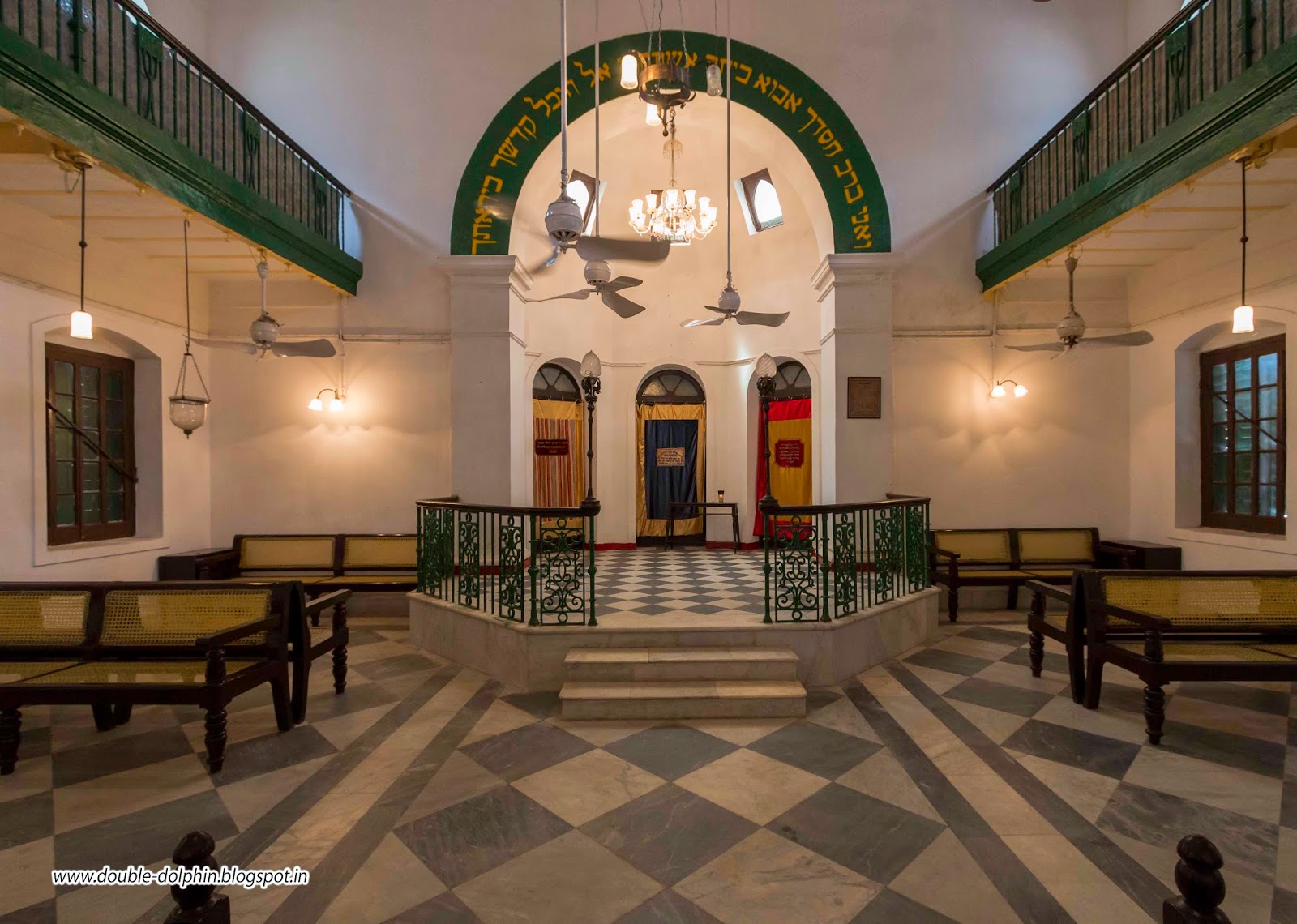 But the congregants of Neveh Shalome, who had assumed that the new Synagogue would continue to bear its original name, felt cheated. Was there some politics involved here? Cohen was from Aleppo in Syria, and after his death, leadership of the community had passed to the Baghdadi Jews. Any speculation about this would be futile of course, since no supporting documents can be found. But at any rate, some of the congregants of the old Neveh Shalome got together, and on the grounds of the Maghen David, built a new Neveh Shalome, which was completed in 1911. Among the congregants of Neveh Shalome was Sally Solomon (then Sally Luddy), whose vivid and touching recollections of life in Calcutta as a child can be found in the book Hooghly Tales. Her uncle, Abraham Luddy, who used to live on Tottee Lane and whose wife, Mazaltob was burned to death in a tragic kitchen accident, served the congregation as a Hazzan. A Hazzan is a sort of Jewish version of what Christians call a “cantor”, someone who leads a congregation in prayer, but also, in case of the Jews, performs marriages and has several other official duties. 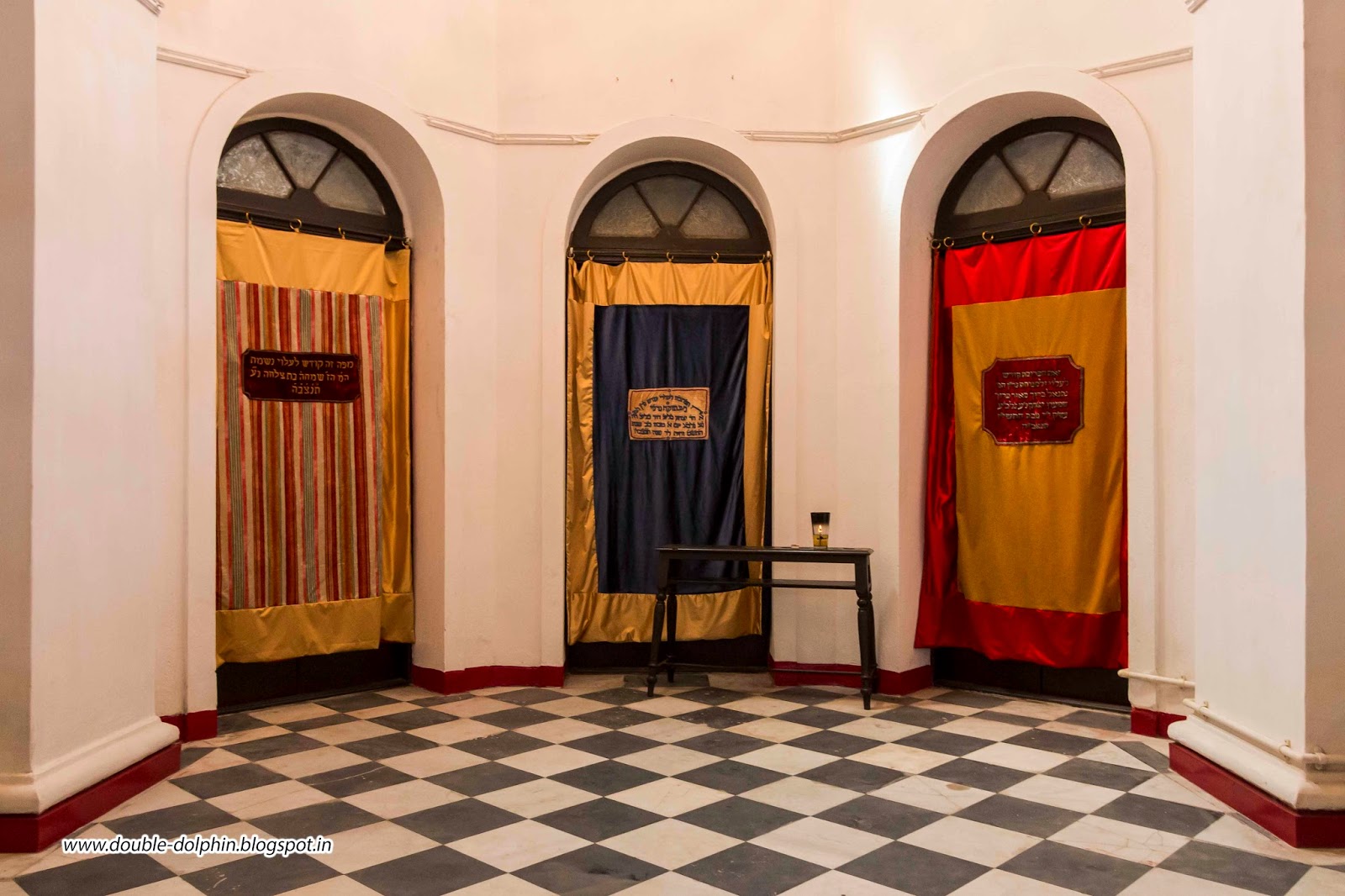 36 years after the new Neveh Shalome was completed, Independence came to India. A year later Israel was formed. These two events fuelled the Jewish exodus from Calcutta. Insecure about their position in the new India, and having found that “Layshahnah… Habaah…Bayarah…Day Israel” (may next year find us celebrating the Passover in Israel) was now a reality, large numbers of Jews moved to the Holy Land while some moved to the United States and other Western nations. As the economy in the East continued to deteriorate, more and more left in search of greener pastures. Unable to find a “minyan”, the quorum of 10 adult males required to hold services in a synagogue, Neveh Shalome shut down in the 1980’s. The building was left to decay slowly, beaten down by Calcutta’s merciless weather. 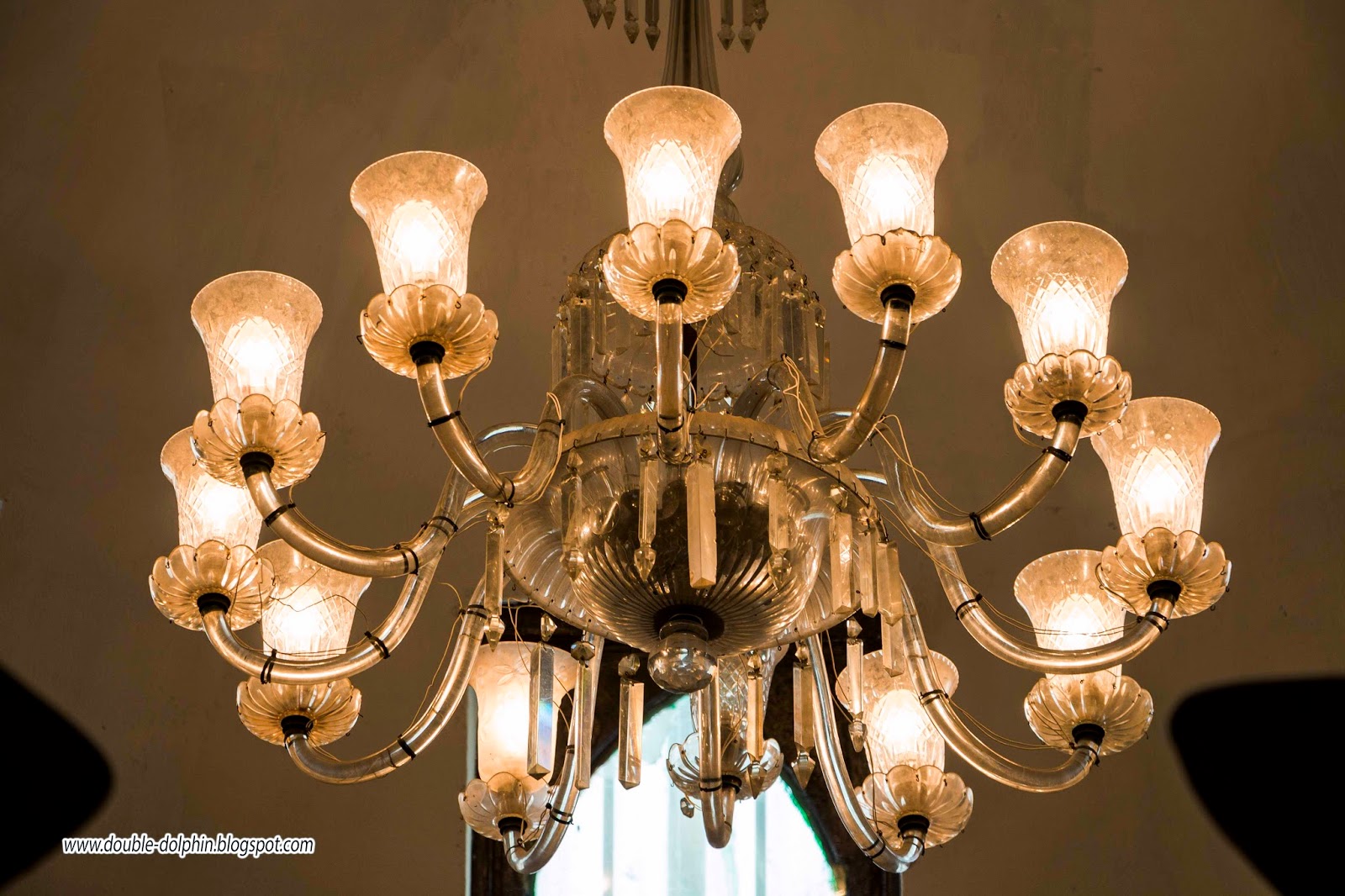 But things changed in 2013. The Maghen David and the Beth El Synagogues were already under the protection of the Archaeological Survey of India as monuments of national importance. Calcutta’s Jewish community decided to restore the Neveh Shalome, which wasn’t under the ASI, with community funds.  A caretaker of the Synagogue, who had started using the closed building as a godown for storing steel utensils which he sold on the pavement outisde, was slowly eased out, and community began the long and expensive process of returning the Neveh Shalome to its former glory. A visitor today, would probably be startled by how plain and simple the interiors of Neveh Shalome are, especially when compared to its much more flamboyant neighbor, the Maghen David. When we walked in, I found the place sparkling clean, and with that “new house” look and smell, which always brings a smile to my face. But the degree to which the old interiors have been restored is quite startling too. The original furniture has been repaired, polished and re-caned. There are DC fans whirring above our heads. And there is a most excellent set of chandeliers. “We have restored EVERYTHING”, says Aline “Jo” Cohen, General Secretary of Jewish Community Affairs. The pride in her voice is unmistakable. Unfortunately, unlike the Maghen David and the Beth El, there are no Torah scrolls in the Neveh Shalome today. As is the rule in Calcutta, a group of Muslim men are the appointed caretakers of the Synagogue. Some of them have taken up this position from their fathers.

But my worry about Neveh Shalome stems from two facts. First, Calcutta’s Jewish community is now down to perhaps 20 in number. The youngest, and most able bodied of them, Shalom Israel, has recently left the city to settle in Israel. Second, the Neveh Shalome is still not under the protection of the ASI. So what is to become of the Neveh Shalome when the Jews are all gone? She has twice recovered from annihilation. Can she survive when her guardians are gone? Only time can answer this question. 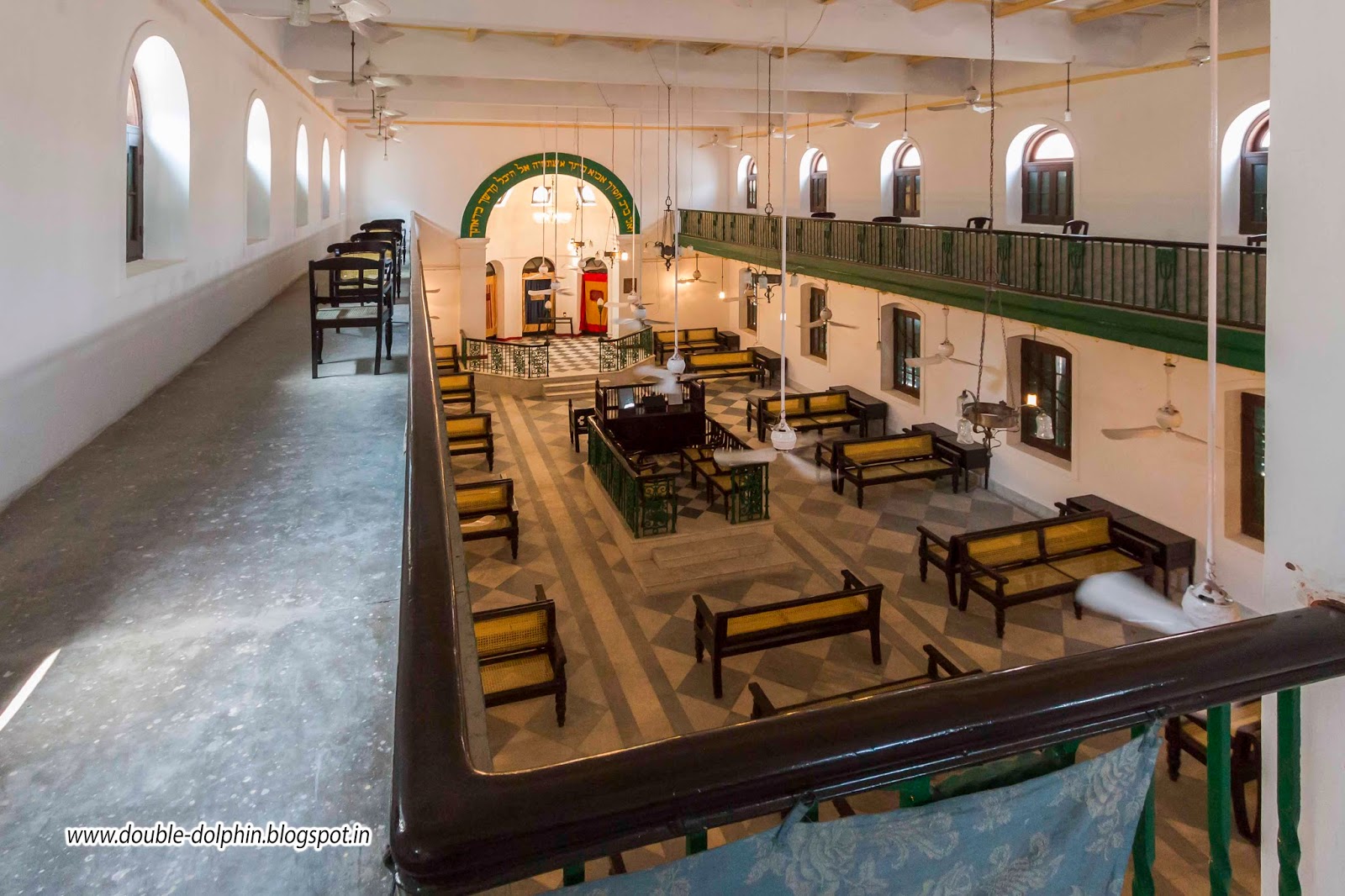 
MORE ON THE JEWS OF CALCUTTA