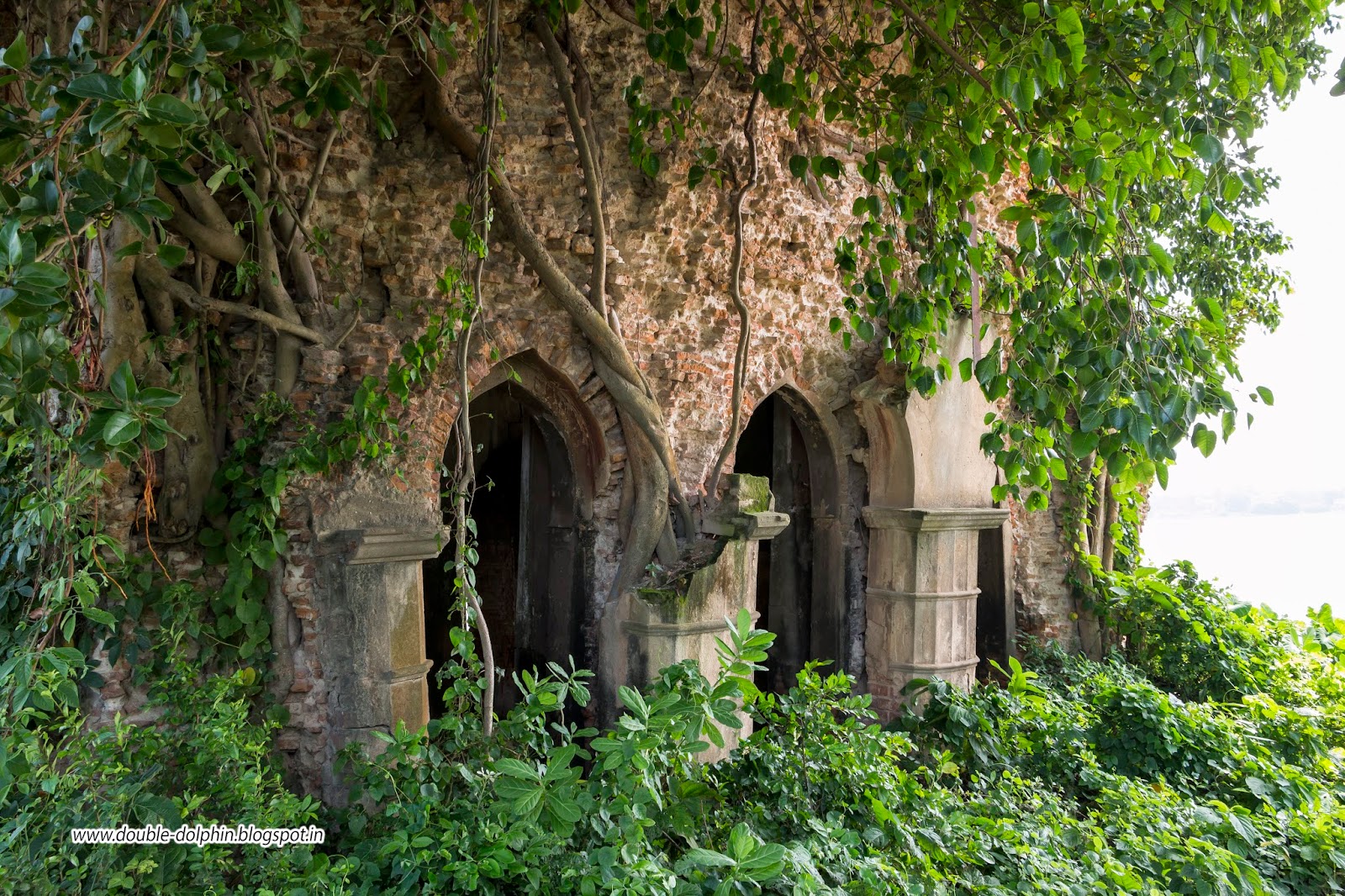 The Danes arrived in Serampore in 1755, with a royal firman from Ali Vardi Khan, Nawaab of Bengal. Along with the Danish East India Company, began the influx of missionaries, among them, the well-known Serampore trio of Joshua Marshman, William Carey, and William Wade. By the time the Provost of Fort William College in Calcutta, Rev. David Brown, had moved to Serampore, the abandoned temple had become part and parcel of the grounds of a squat little bungalow called Aldeen House. This was purchased by Brown in 1803, and three years later, there arrived in Serampore, from Cornwall, England, Henry Martyn, who had come to India to “burn out for God”. Martyn had asked Brown for a secluded place in which to live and pray, and Brown had pointed out the abandoned temple to him, which they referred to as a Pagoda. “My habitation assigned to me by Mr. B.”, Martyn writes, “is a Pagoda in his grounds, on the edge of the river. Thither I retired at night and really felt something like superstitious dread, at being in a place once inhabited as it were by devils”. Referring to Hindu Gods and devils, and Hindu ceremonies as devil worship was a common practice among Europeans of the time. Martyn, it seems, managed to make the Pagoda quite habitable, moved an organ into it, and it became the favourite meeting ground for the missionaries of the area. “I prayed out aloud to God and echoes returned from the vaulted roof” Martyn writes, and he was satisfied that he had managed to convert a place of “devil worship” into “Christ’s oratory”. Apart from prayer and discussions, a marriage was conducted here as well. Surprisingly, there seems to have been no protest from the local Hindu community about this.

But Martyn eventually set out for the cantonment town of Cawnpore, and when Rev. Brown died in 1812, Aldeen House found no takers. What was now Henry Martyn’s Pagoda, was abandoned once again. In 1845, the Pagoda underwent yet another and a rather startling change. It was turned into the “Pagoda Rum Distillery”. Finally, in 1893, the entire area was taken over by the Howrah Waterworks, which allowed both Aldeen House and Henry Martyn’s Pagoda to remain standing, while digging up the grounds to create ponds. 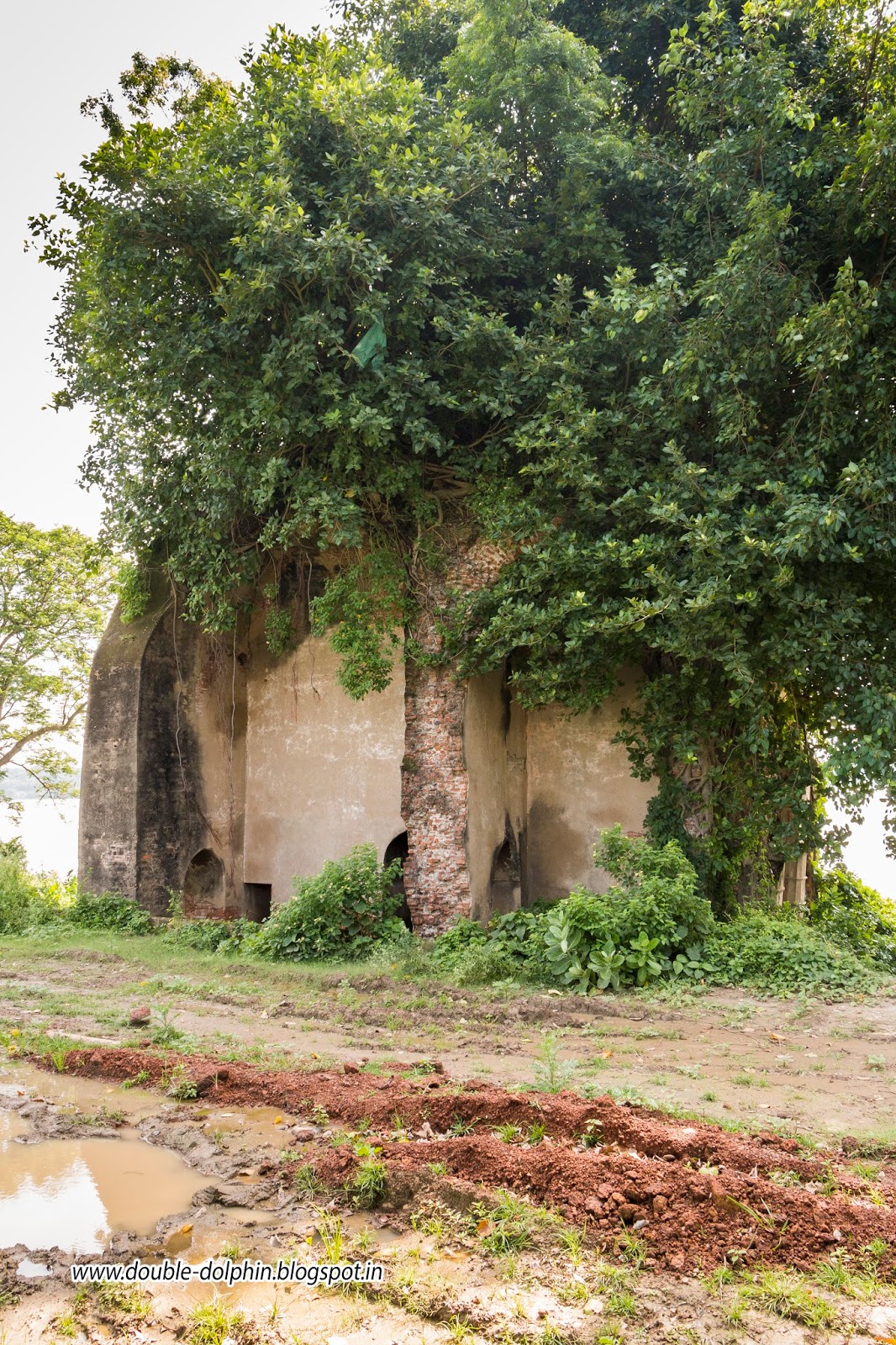 Any visitor to Henry Martyn’s Pagoda today, needs to enter the premises of the Howrah Waterworks, and approach the Pagoda via a narrow and treacherous path between two ponds. The Pagoda is in an absolutely derelict state, a Peepul tree has completely covered it’s roof, and the entire structure is tilting towards the river. Old lithographs of the Pagoda however, do show it in a broken down state, and with the present tilt, although during Henry Martyn’s time, it must have been different, since he says there were so many rooms and enclosures, that he often got confused. Old lithographs also show terracotta ornamentation which has been destroyed. Aldeen House is also visible a short distance away, also derelict, and overgrown with vegetation. The good thing is that there were no officials to restrict entry or photography of the structures, and unless there is a flood or some major natural calamity, they will probably remain standing for the next few decades. However, I do wish the A.S.I. and the Serampore Municipality would take steps to renovate the structures, and increase awareness about them.

"Yon dome, ‘neath which in former days,
Grim idols marked the pagan shrine,
Has swelled the notes of pious praise,
Attuned to themes of love divine".

Posted by Deepanjan Ghosh at 11:52