Located in the Cantt. (Cantonment) area of Lucknow, the All Saints Garrison Church is high on the list of the spookiest places I have ever visited. The mutiny of 1857 ruined the British settlement of Lucknow, which had grown up around the British Residency. Damage from heavy shelling by the rebels forced the British to abandon the Residency and the new settlement was what is known as Cantt. today. Since British officers and families were living in the Cantonment area, a large number of Churches were built to serve them, and most of them survive to this day. 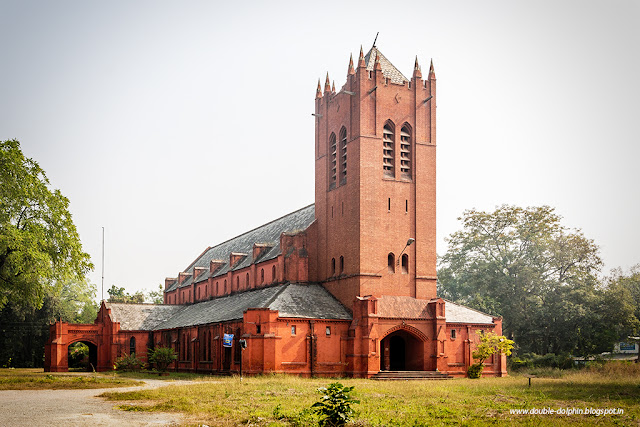 The All Saints Garrison Church was designed by James Ransome, Consulting Architect to the Government of India, around 1908. Since Ransome left India for England shortly after, the design was executed by his successors, John Begg and Frank Lishman. Elements of the design were borrowed from Magdalene College, Oxford, and sketches and designs Ransome found in an architecture magazine. The Church was designed in a style that was considered “modern” for the time. However, Ransome’s original design was much more grand (and probably expensive) than what was finally executed by Begg and Lishman. Begg and Lishman simplified the side walls, which Ransome’s original design would have made very expensive to construct. They also lowered the height of the bell tower. But inspite of all their simplifications, the All Saints Garrison Church appears striking and magnificent today. The Church was built between 1911 and 1913, and the cost of construction was Rs. 90,000. 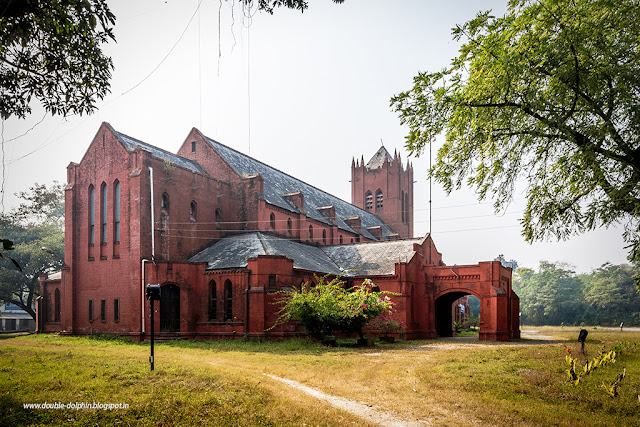 Lucknow’s Cantonment is a very posh residential area today and contains a large number of military residences and offices. As such, military and security personnel are to be found at every crossing. I and my father were doing the rounds of the place, trying to locate more Churches when we saw The All Saints Garrison Church. Clearly visible thanks to its massive size and the low height of the wall surrounding it, the Church sits inside vast and unkempt grounds. The grass in many places is knee height. A few steps past the gate, the sounds of the traffic outside almost vanished, and we were staring at a structure that looked abandoned and forlorn. A homeless lady had taken shelter under the arched main entrance. She informed us that the Sunday Mass did happen and was attended by a few people, but the rest of the week the Church remained locked. Large floodlights on the grounds indicate that the Church is lit up at night, or for festive occasions. 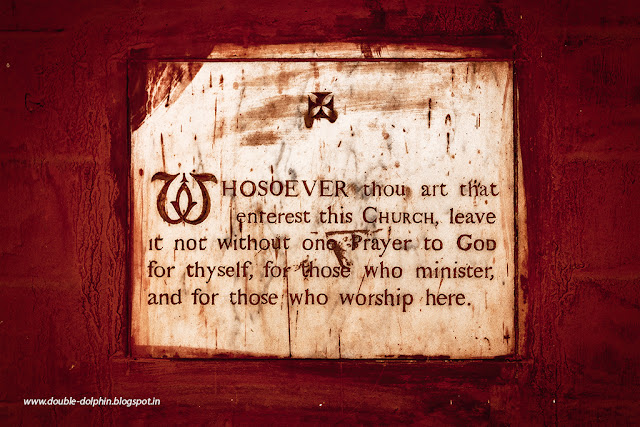 Unfortunately the caretaker was nowhere to be found, but we did hear the constant barking of a dog, which was probably his pet, somewhere in the distance. The fact that the dog did not appear, and attack us, meant that he was chained somewhere. Our plans of photographing the interior of the All Saints Garrison Church thus had to be abandoned, and as the barking got louder and more aggressive the longer we stayed there, fearing that the dog may make short work of the chain tying him, we beat a hasty retreat.

I am grateful to my friend, Devankan Chakraborty for being my guide around Lucknow, to Kalpajeet Bhattacharya for his hospitality, and to my father Debashish Ghosh, and sister Deepshikha Ghosh for accompanying me, and providing valuable inputs while shooting the monuments. Check out my father’s flickr page here.