Deep in the heart of Karaya Road, in the Park Circus/Mallickbazaar area, lies Calcutta's only Scottish Cemetery. You can find it on Google Maps by clicking here. 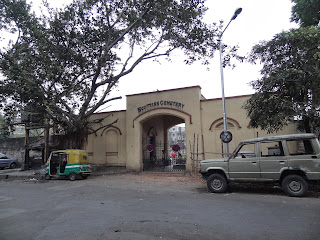 Established in 1820, it was abandoned around the 1940's and remained in a very neglected condition for many years. But, in the last 5 years conservation work has begun with funds and expertise from Scotland. Most of the graves are in fairly bad shape at present. 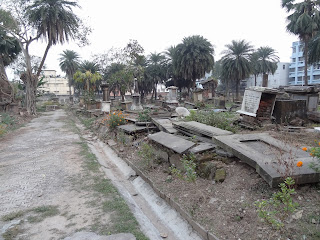 The cemetery contains around 1600 plots with around 2000 burials, and while many of the graves have obviously Scottish names, some of the graves are of Bengali Christians, such as the grave of the Bhattacharya family. 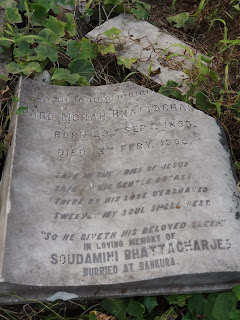 Some of the graves have been restored by surviving family members of the deceased. 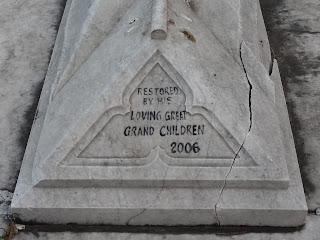 The caretaker, Mr. Norman Hall is genial and helpful and accompanied me on my walk around the place. He stays right there with his family, and had a good laugh when I asked him if he was scared of ghosts. 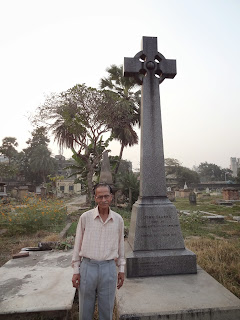 The most famous resident of the cemetery of course is Rev. Thomas Jones, who was a Welsh Missionary known for his work in the Khasi Hills, where he helped develop the Khasi alphabet. 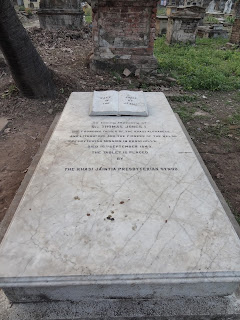 It is possible to visit the cemetery on any day of the week, and there is no entrance charge. However, I recommend that you visit in the winter, as during summer or the monsoons, there is the risk of snakes. 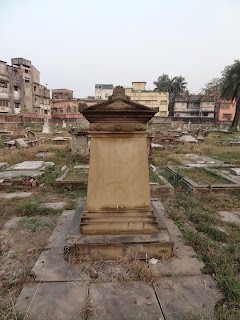 For those really interested, it is possible to obtain a list of those buried here from the government, and I am led to believe that a complete list is held by St. John's Church. 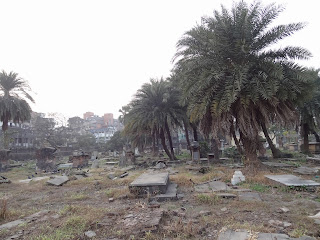 The site is a reminder of Calcutta's colonial history, and for me, now in 2013 it is a strange experience to look at graves bearing names such as McGregor. It is one thing to read about the people who were once our colonial masters. It is quite another to look at their graves. It makes them seem more like real people somehow, and it makes me wonder what made people from halfway around the world want to come and live and die in our country. Perhaps this was their home then, as much as it is mine now. 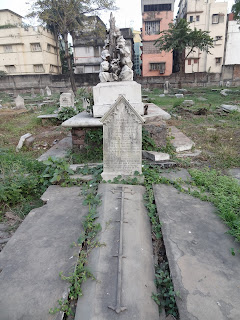 When you really want to say no, say yes

So my radio station chose to send me to Thailand for a few days. I was supposed to see the sights, and report back with the stories, as part of a promotion for a tourism company. But I must tell you, sea beaches have never been my thing. Part of it stems from the fact that I never quite learned how to swim. My parents decided fairly late in life that I should know how to swim, and I found it humiliating to be in a pool learning how to float with kids half my age. Added to that was the fact that I had a fairly bad swim coach. Or maybe he wasn’t so bad, and I had just overheard mum saying bad things about him and decided he was bad. So one fine evening I decided I had had enough and walked out. 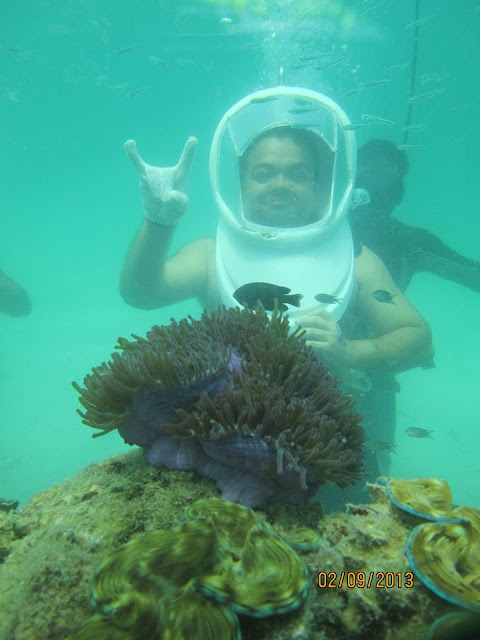 Part of my dislike for beaches also stems from the fact that I have, what I think is a poor self image. I am fat, and hairy, and I know it. I know it’s silly to worry about what other people might think, but I can’t seem to be able to help it. That whole “point and laugh” thing is something that scares me. Scares me quite a bit. This fear is further reinforced by the fact over the years I have had the misfortune of interacting with people who actually do quite a bit of pointing and laughing. I have never quite been able to shake it off.

But one of the first things I realized when we hit Pattaya beach was that there were people out there who were fatter and hairier than me, and they just didn’t seem to care. There were Americans, and Europeans, and they were all lost in their own world, everyone was having a good time. No pointing and laughing here. I seemed to find a tiny bit of confidence.

But even before we went underwater, we were supposed to go up in the air. A platform in the middle of the sea had speedboats circling it. A long cable from each boat goes all the way up the platform. That cable is attached to the front of a harness that you wear. Behind you is attached a parachute. The boat moves forward, you feel a tug, run a couple of steps, and before you realize what’s going on, you’re up in the air, parasailing. Now it does look rather frightening from the outside. The men involved are all masked (I was later told, this was because they were in harsh sunlight all day), and they handle you somewhat roughly. But two things occurred to me. First, something that literally millions of tourists do every year cannot be unsafe. Second, if I keep saying “no” because of fear, without even experiencing something, I’ll be cutting out far too much from my life. So I decided to say yes. And the experience is something I cannot put down in words. Looking down at the world, your feet dangling in the air, feeling the wind rush over every part of your body, I got a small inkling of what a bird feels like.

But then came the real challenge. Under sea walking. The proposition is simple enough. They put a huge, heavy helmet on your head. The weight of the helmet makes you sink 5 or 7 meters to the bottom of the ocean, where you walk around, see and touch the coral, feed the fish etc etc.. You don’t need to know swimming for this. And neither do you need your trunks. You can just go down in your shorts. But then, you do need to take off your shirt. When the time came, I found it was a simple enough thing to do. I didn’t feel self-conscious, not too much at any rate. But then, I was going down with a group. Two married couples and one single lady, and as luck would have it, they paired her with me. What I mean by paired is that everyone had a partner, you hold hands, to prevent someone falling down, or having an accident, and she was my partner.

Now going down into water can cause an actual panic rush, because water dose rise into the helmet, but then, once you calm down, you realize it stays below your chin, rising a little higher if you take a deep breath. Through your visor, you are able to see the sights, but they do fog over from heavy breathing, and when that happens, someone puts their hand into your helmet, and splashes some water on it. The whole experience was like being in a dream, the water was beautiful and cold, but all the while I was very conscious that a woman had her hands on my bare body. A woman I did not know. Her hands were small. They were soft. And they were grasping on to me. Once we rose, discarded our helmets, and put our shirts back on, we exchanged a brief smile, and went our way. No awkwardness.

At the end of the day, I was happy that I said yes, instead of saying no. I am now very aware of what I would have missed. And it was more than anything, a strangely liberating feeling to be free of my fears and inhibitions. Let’s see what more I can do that I had always thought I couldn’t.
Posted by Deepanjan Ghosh at 21:13 1 comment: