Durga Puja, or Pujo, as Bengalis say, is Calcutta’s biggest festival. The Hindu worship of the Goddess Durga, marks the beginning of autumn and commemorates Lord Rama’s summoning of the Goddess at this unusual time (the normal time being spring) to seek blessings for his battle against Ravana, the demon king of Lanka. Here in Calcutta (Kolkata), Pujo has morphed into something quite different and much larger than a mere religious festival. Calcutta’s Durga Puja has turned into both an explosion of installation art, as well as what is now being acknowledged as the world’s largest street festival.

Read more »
Posted by Deepanjan Ghosh at 10:41 No comments:

“Of all the valleys in Ladakh, Nubra is the most luxuriant and fertile”, writes Nirmala Bora in her book “Ladakh: Society & Economy”. I had heard both of the beauty of Nubra and the fact that the dark, clear skies at night made it possible to see the Milky Way. But our start for Nubra would be somewhat slow, thanks to the overgenerous army hospitality the previous night (I had had more whisky in one night than I have in a month! Read about it here). We took comfort in the fact that sunsets were so late in Ladakh that it would only be completely dark by 8pm. 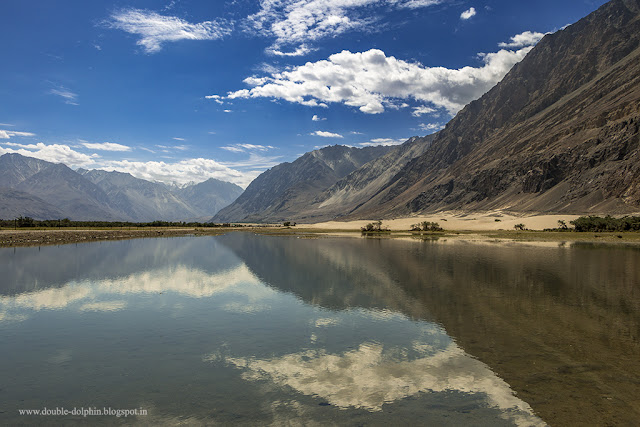 Read more »
Posted by Deepanjan Ghosh at 09:31 No comments: