Goenka Ghat and its Environs

The flower market at Mallik Ghat, near the Howrah Bridge is certainly not for the faint hearted, or the claustrophobic. Hundreds of stalls and thousands of people jostle for space, bargain and make purchases in an area designed to hold a fraction of that number. But for photographers, it is a paradise. Teeming with life and a riot of colours, it is full of opportunities for those willing to brave the crowds.


We ventured into the melee on a Sunday morning in winter. Our objective was to locate and photograph the ornate ghats behind the market.  A walk across the Howrah Bridge early in the morning in winter is highly recommended, especially if you get there before sunrise. Watching the sun rise over the Ganges, known here as the Hooghly, and watching the first rays of morning light bathe the Howrah station is an experience to remember. The station complex looks rather like a fort when seen from the middle of the bridge. At the Calcutta end of the bridge, get off on the right, or southern side of the bridge and you can descend into the heart of this flowery chaos using a set of worn out and slippery stairs. Passing through the maze that is the market, as you try and get closer to the river, the first ghat you find, right next to the bridge, is the Rai Bahadur Bissessur Lall Hurgobind Sradh Ghat. All that is known about the gentleman after whom the ghat is named is that he was a rich Marwari businessman, and his “sradh” ceremony was conducted on that spot. The ghat that was erected in 1916 was probably meant as a sort of marker and memorial. Infront of the ghat maybe found a raised area with parallel bars. This spot was in use as a wrestling ring by local “pehelwans”. It may still be used for the purpose, but that seems unlikely considering the garbage that is found piled around the corners. Infront of the ghat was also a park, and it’s railings may still be seen, but the park itself has vanished, encroached upon for decades by slum settlements. Nearby are also five banyan trees, each containing a small shrine at its base.

Read more »
Posted by Deepanjan Ghosh at 16:15 No comments: Links to this post

It’s a Sunday morning as our car ventures into the mercantile chaos of Calcutta’s Posta Bazaar area. The fact that even God took rest on this day, seems to have no bearing on the people who live and work here, because although we are assured by people familiar with the area that what we see is very light traffic, there are hardly any trucks for instance, the whole place is buzzing with activity. Burrabazaar is said to have been in existence before Siraj’s sack of Calcutta in 1757 and as we go past the old silver mint, now occupied by the CRPF, through roads and lanes that are almost as old as the city itself, we note the changing look of our surroundings. From the people who are mostly Bihari labourers, to the food which the street shops serve, to the ramshackle buildings with temples on their terraces, this is not a Calcutta that most people living in the residential areas in the South would be familiar with. Indeed, it doesn’t even look like Calcutta. Its appearance is more akin to small town UP or Bihar. We come to a halt in the heart of the bazaar, next to a petrol pump, and lo and behold, a small, but magnificent Rajbari seems to pop up, as if from nowhere, it’s recently painted façade standing out against a backdrop of squalor and urban decay.

The Bengali word Rajbari literally means “King’s house”, but those who built these houses, were, mostly, not kings, atleast not in the conventional sense of the term. Raja was a title awarded by the British to large landowners, the zamindars, who would be responsible for tax collection and general administration of their vast estates. The actual job of collecting revenue would be left to the “nayeb”, the estate manager, while the Zamindar himself, with his accumulated wealth, would build a palatial residence and settle with his extended family, in Calcutta. Attached to the Rajbari would be the temple of the zamindar’s family diety; in this case, it is the temple of Shyam Sundar Jew.

Read more »
Posted by Deepanjan Ghosh at 12:46 No comments: Links to this post

If there's one thing I love more than taking photographs, it's telling stories, and war makes for some of the very best stories. Hidden in plain sight, in Calcutta's Dalhousie area, are remnants of a war that happened 258 years ago, when the Nawaab of Bengal, Siraj-ud-Daulah, sacked Calcutta. The ill-prepared and ill-equipped English were routed, and in a controversial, and hotly debated incident, 123 of them perished in what was to become known as The Black Hole Tragedy. I told this story for the readers of Alaap Parba magazine, in Bangla.

There are some embarrassing typos in the article, including one which says that the original Holwell Monument was 500 feet tall (!!!), but I wasn't given the chance to proof check the article, so I can't really take responsibility for that. Also, had I known that they would print the photos in black and white, I'd have processed them differently. But inspite of the shortcomings, I think it's not bad for a start. I am grateful to Barnali Jana and the folks at Alaap Parba magazine for giving me this opportunity.

Here then, is the article for your reading pleasure. 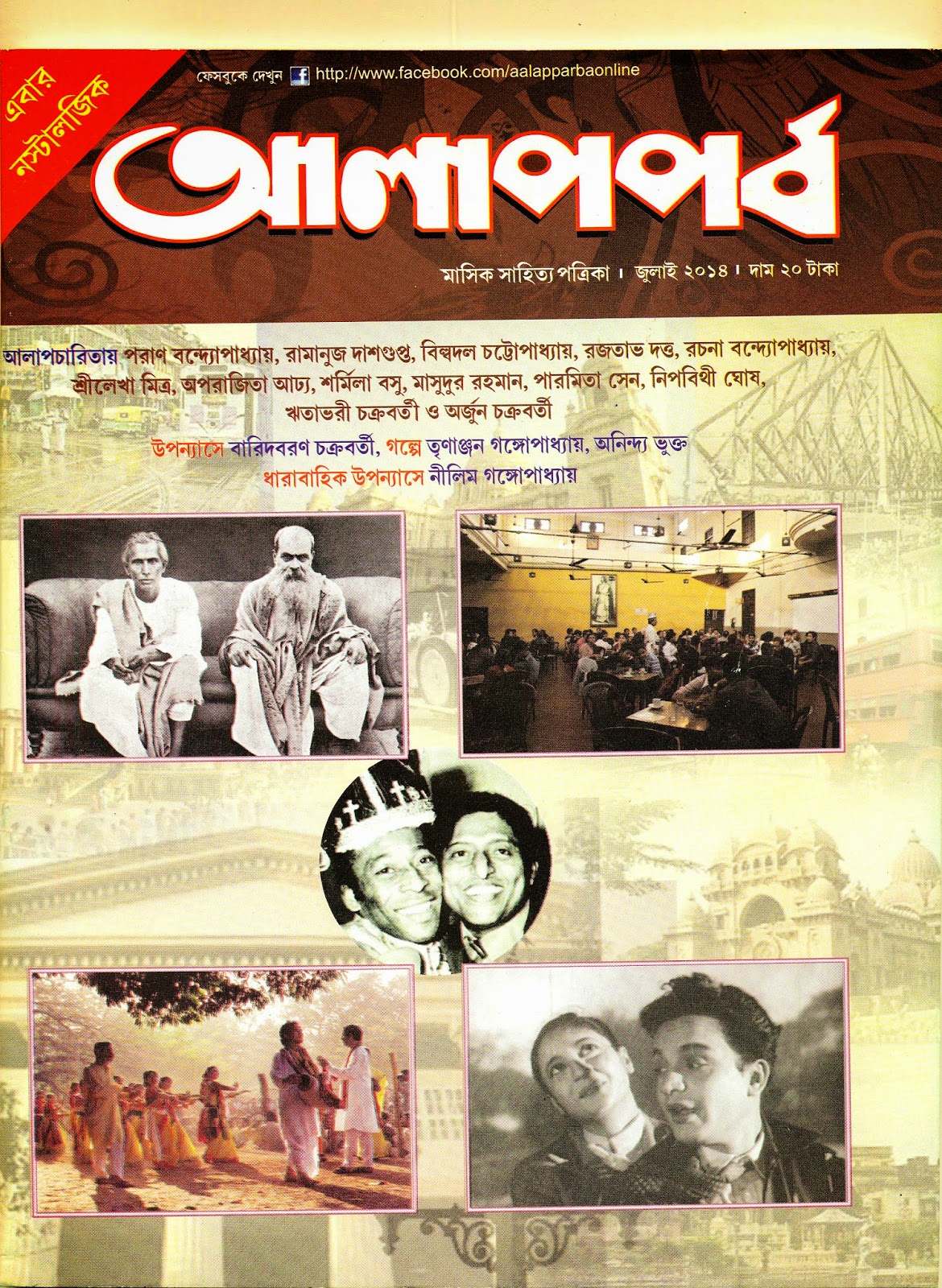 Read more »
Posted by Deepanjan Ghosh at 10:56 No comments: Links to this post

My first ever all colour photo publication, and of all places, it's in the Kolkata Police magazine! The April-May issue of The Kolkata Protector carried a photo-feature, by your's truly, on some of the architectural curiosities of the Dalhousie Square area. Here is the feature, for your viewing pleasure. I am grateful to Subhajit Bhattacharyya for this opportunity. Do leave your opinions and feedback in the comments section. 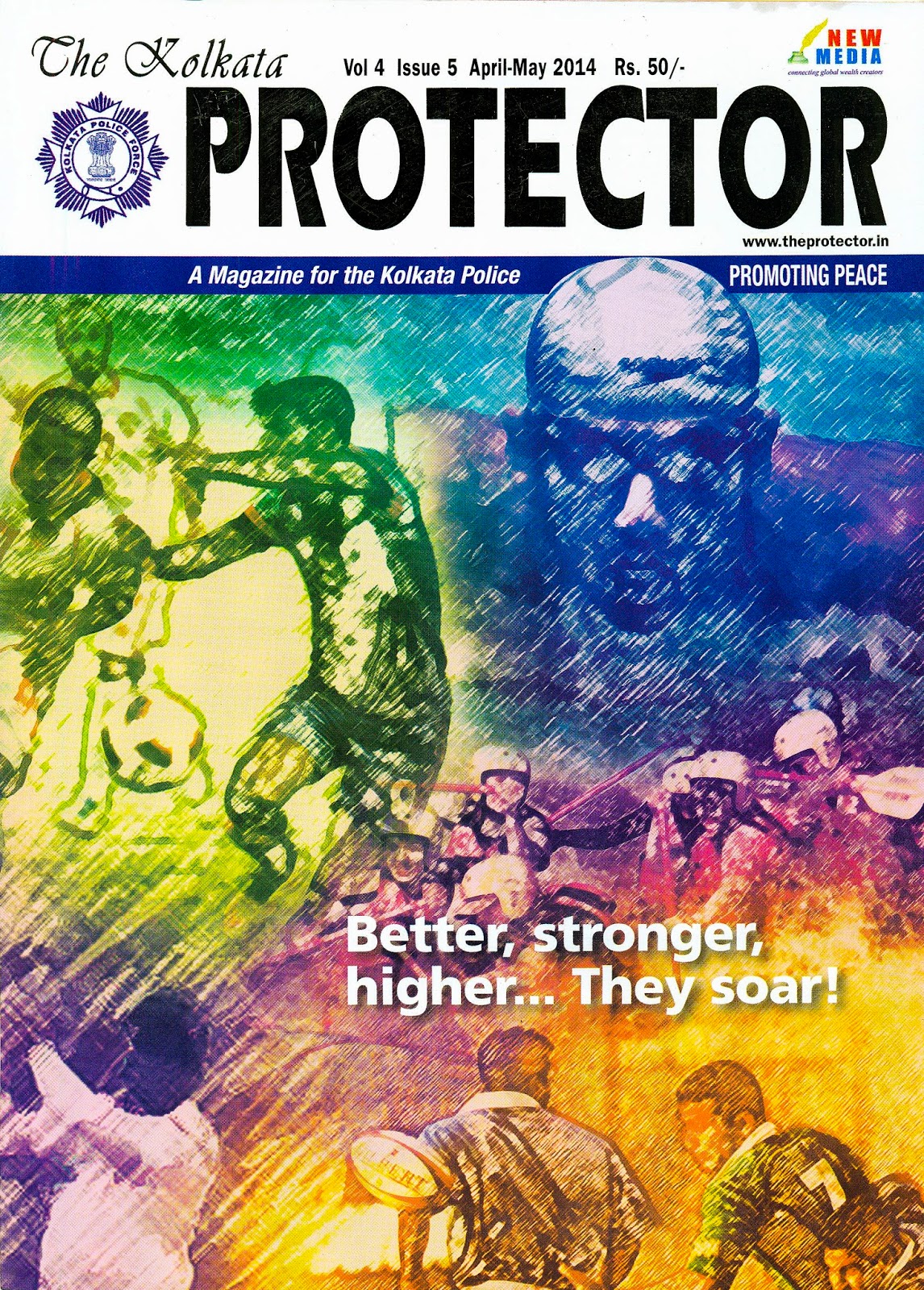 Read more »
Posted by Deepanjan Ghosh at 11:23 No comments: Links to this post

Read more »
Posted by Deepanjan Ghosh at 11:52 No comments: Links to this post

As Calcutta grew from Charnock’s small outpost of mud huts into a major city with a substantial European presence, the need for a proper Town Hall for social gatherings was felt. Up until that time, major gatherings would happen at the Old Court House, which stood where the St. Andrews Church stands today, or at the Harmonic Tavern (presently the grounds of Laalbazaar Police Headquarters), which was frequented by Warren Hastings’ friend, Richard Barwell. On 31st May, 1792, at Monsieur La Gallais’ Tavern the decision was taken to raise funds for a Town Hall, through public lottery. The building was to contain a spacious ballroom, a concert room, dining room, card rooms, dressing rooms, suitable offices and separate entrances for palanquins and carriages, with detached sheds for vehicles and their horses. Through successive annual lotteries, adequate funds were arranged by 1806, and the task of construction was entrusted to Colonel John Garstin, the Chief Engineer.

Garstin’s design was French Palladian, with magnificent Doric columns, and construction began on 1st December, 1807 and was completed and opened to the public on 22nd March, 1814, but problems plagued the Town Hall right from the start. Contemporaries of Garstin, including prolific diarist Richard Blechynden viewed Garstin as a bit of an upstart, and did not approve of his design, or the fact that the building cost a monumental Rs. 700,000 to build. Soon after opening, a portion of the front portico collapsed. Sometime later, the floor of the ballroom began to spring, and the whole structure had to overhauled in 1818-19. As per the terms of his contract, the expenses of the overhaul had to be borne by Garstin, which must have left his critics overjoyed. Read more »
Posted by Deepanjan Ghosh at 15:05 No comments: Links to this post