Pune’s Shaniwar Wada is a rare example of a fort right in the middle of a modern city. It was the residence of the Peshwa, the prime minister of the Maratha Empire that dominated central India from 1674 to 1818. Once the centre of Indian politics, it was considerably reduced in importance after the Maratha loss in the third Anglo-Maratha war, which left the East India Company in control of most of India.

The name Shaniwar Wada literally means Saturday House. The foundation stone of this magnificent edifice was laid on Saturday, 10th January, 1730, by Peshwa Bajirao I. Teak, stone and lime was imported from nearby areas, and the building was completed in 1732 at the cost of Rs. 16,110, which was a rather large sum for the time. Like all forts, Shaniwar Wada has multiple gates, each with a specific purpose. Facing the North is the Mastani Darwaza. This was used by Peshwa Baji Rao's 2nd wife, Mastani. The legend is that she was a Muslim lady and daughter of a Rajput chief of Bundelkhand. The relationship between Peshwa Bajirao and Mastani is the subject of Sanjay Leela Bhansali's new film, Bajirao Mastani. Facing East is the Khidki Darwaza, which contained an armoured window. Facing the South East is the Ganesh Darwaza, which got its name from the Ganesh Rang Mahal which stood near the gate. Facing South is the Jambhul Darwaza which was used by concubines. But the largest and most magnificent of all the gates is the one facing North, towards Delhi, which is aptly called the Dilli Darwaza. It serves as the entrance for tourists to the fort today.

The massive and heavily reinforced Delhi Gate is large enough to permit elephants to enter. However, to discourage a besieging army’s elephants from charging it, each door has 72 12 inch long steel spikes, arranged in a 9 by 8 grid pattern at the approximate height of the head of a battle elephant. Each door is reinforced with steel bars and bolts. On each side of the gate are bastions with arrow loops and machicolation chutes which are basically holes in the floor through which stones, hot tar or even boiling oil could be poured onto anyone attempting to force entry to the fort. Even if by some means the enemy managed to break down the door, the column of soldiers would have to turn sharply left, and then sharply right to get past the gateway complex. This would slow down their advance and allow the defenders to cut them down. Above the Shaniwar Wada’s Delhi gate is a large hall, with some exquisite woodwork, but if you expect to come face to face with a gigantic and magnificent palace, then you will be disappointed.

10 years after the last Peshwa, Bajirao II left the Shaniwar Wada to go into exile in Bithoor, on February 22nd, 1828 a massive and mysterious fire broke out in the fort. It raged for 7 days, consuming everything. Only the fort’s granite foundations and ramparts survived the terrible blaze, and that is all a visitor can see today. From atop the Delhi Gate, the plan of the palace becomes clear. The lines demarcating the “Thorlya Rayancha Diwankhana” or the reception hall, “Naachacha Diwankhana” or Dance Hall, and “Juna Arsa Mahal” or Old Mirror Hall were some of the important rooms in the palace. The palace was 7 storeys high, and from the roof, one could see the spire of the Sant Dnyaneshwar temple which was 17 kilometres away. One of the few things which have survived is Shaniwar Wada’s elaborate fountain, “Hazari Karanje” or Fountain of a thousand jets. Designed for the entertainment of the boy King Sawai Madhavrao Peshwa, the fountain took the form of a 16 petal lotus, each petal having sixteen jets with an eighty foot arch. 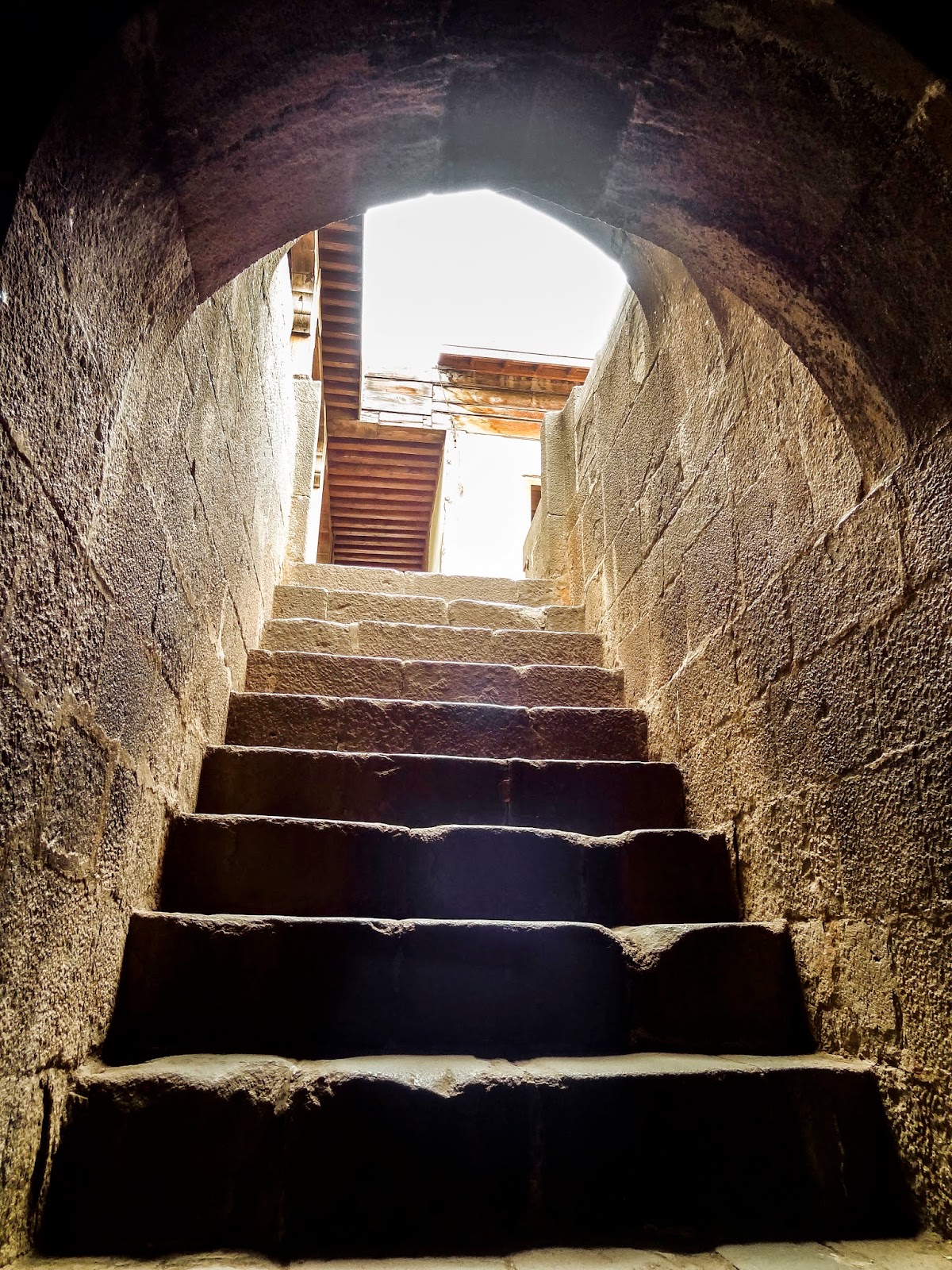 But the most intriguing story associated with Shaniwar Wada is that of the gruesome murder of Peshwa Narayanrao. Narayanrao became Peshwa upon the death of his elder brother Madhavrao. Since Narayanrao was only 17, his uncle Raghunathrao acted as his regent. But the relationship between the two deteriorated rapidly and Narayanrao placed Raghunathrao and his wife Anandibai under house arrest. The ambitious Raghunathrao and his conniving wife Anandibai were like a real life Lord and Lady Macbeth. Upset with Narayanrao becoming Peshwa, Raghunathrao decided to use the disaffected Gardi guards to unseat him. According to legend Raghunathrao sent a message to the captain of the Gardis, Sumer Singh Gardi, saying “Narayanrao na dhara”, meaning “catch/fetch Narayanrao”. The letter was intercepted by Anandibai before it reached Sumer Singh, and the cunning lady made a simple but deadly change to the message. She changed the “dh” to “maa”. The message now read “Narayanrao na maara”, or “kill Narayanrao”. When the Gardis entered Shaniwar Wada to attack Narayanrao, the panicked boy ran towards his uncle’s quarters screaming “Kaka mala vachwa” (Uncle save me!) but Raghunathrao did nothing, and Narayanrao was hacked to pieces. So vicious was the attack that Narayanrao’s body had to be carried out of Shaniwar Wada in a pot and hastily cremated. Raghunathrao did become Peshwa after Narayanrao’s murder, but could not remain on the throne for long. At the time of Narayanrao’s murder, his wife Gangabai was pregnant. The courtiers and knights of the Empire deposed Raghunathrao and placed on the throne the Gangabai’s new born son, Sawai Madhavrao. But at the age of 21, Sawai Madhavrao committed suicide by jumping off the high walls of Shaniwar Wada. Some say, even today, at night, the terrified scream “Kaka mala vachwa” may be heard in echoing the fort.

Haunted or not, Shaniwar Wada today is a protected monument and one of the prime attractions of Pune. It is open from 8am to 5pm. The entry fee is Rs. 5 for Indians and Rs. 125 for foreigners. There is a light and sound show in English from 8:15 to 9:10pm, for which a separate entry fee of Rs. 25 per person must be paid.

I am grateful to my cousin Ayan for accompanying me on the trip to Pune, and to Madhuri Bhosale for checking my Marathi.