Teele Wali Masjid, literally meaning “the Mosque on the Hill”, located in Lucknow’s Hussainabad area is a potentially controversial monument. To understand why I say that, you need to first know that the name Lucknow apparently derives from “Lakshmanavati”. Lakshman was the brother of Lord Rama in the Hindu epic Ramayana. Legend has it that Lakshman established his capital where Lucknow stands today. The hill in the Hussainabad area is known as “Lakshman ka Teela”, or Lakshman’s hill and Hindus believe that buried under it are the remains of Lakshman’s capital. There are also vague references to a Sheshnaag Temple being somewhere around the same spot. So Teele Wali Masjid is a Muslim monument standing on top of an allegedly Hindu site. See the problem? 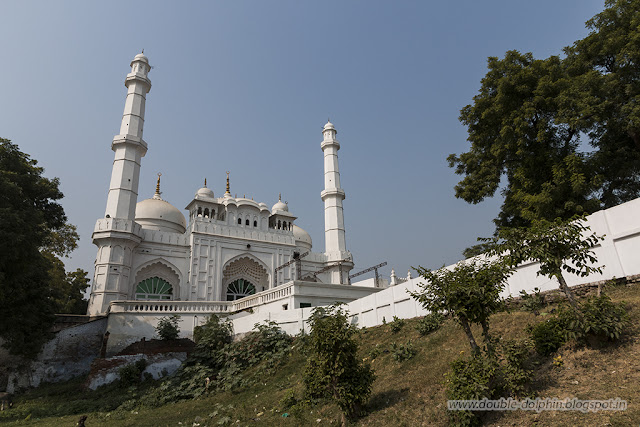 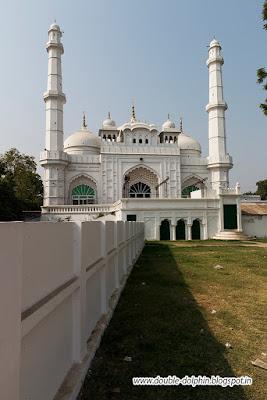 Alleged Muslim destruction of Hindu sites is a touchy topic in India right now, especially so since the Hindu far right is now in power and many believe that such historical “injustices” now need to be addressed by the demolition of the Muslim monuments and resurrection of the Hindu ones. To be sure, temple destruction has happened. Inside Zafar Khan Ghazi’s Mosque, the oldest in Bengal, may be found gateways and pillars which seem to be from a Hindu Temple. However historian Richard Eaton says that the destruction was nowhere near the shocking figures suggested by those who would profit from communal disharmony. He also suggests that it was not uncommon for Hindu Kings to destroy Hindu temples once they had defeated the King who was its chief patron. The King’s temple was a symbol of his divine right to rule, and therefore its destruction would make sense from a political perspective. But such nuances are often lost on people such as the mob that descended on the historic Babri Masjid of Ayodhya, built in 1527, and demolished it on the 6th of December, 1992. I had vague rumours when I was in Lucknow, that similar plans were being made for the Teele Wali Masjid. 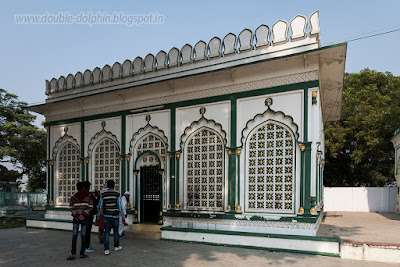 It is difficult to say exactly when the Teele Wali Masjid was built. What we do know is that sometime between 1658 and 1707, Aurangzeb visited the city of Lucknow, and it was under his orders that the mosque was raised. The Mosque’s triple domes and tall slender towers still dominate the city’s skyline. It is built on a raised platform of brick and stone. There is a large prayer hall divided into three compartments. The central compartment is larger than the two at the sides. Similarly, the central dome is taller and larger than the other two. Above the main entrance, there is a sort of pavilion that looks to me like it has some Hindu architectural influences, but that’s just my opinion. The Mosque has recently been renovated, and while that is a good thing, it has had an unintended effect. Photographs in ASI’s books show the Mosque looking quite grubby and with a very basic whitewash, which I must say, I prefer more. In its current state, the Mosque looks like it is barely a decade old. That is a challenge that must vex the most experienced of conservationists. How do you preserve something and still leave it looking old? 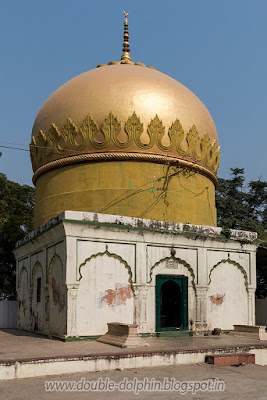 Some 20 metres East of the Teele Wali Masjid, lies the tomb of saint and scholar Shaikh Pir Muhammad, who died in 1674. It is built on a raised platform and has a bulbous dome supported by corner arches. Above the entrance is a tablet with writing in the Naksh script. A foliated pattern in relief runs all along the edge of the dome, and on top is the lotus bud finial seen commonly on top of such domes. In front of the entrance, there are two graves. One is of the Shaikh. The other is probably of a Mughal official or a member of the Shaikhzada family of Lucknow. The tombs were once decorated with semi-precious stones, but these have been stolen ages ago. The dome itself is in good shape, and is painted various garish shades from time to time.

South of the Teele Wali Masjid is the Bada Imambara. During my walk there, I asked my guide about the rumours I had heard earlier. He laughed it off. In Ayodhya, he said, there had hardly been any Muslims to defend the Mosque. In Lucknow, the resistance would be quite stiff. Is the Teele Wali Masjid likely to become another Babri? I sincerely hope not. 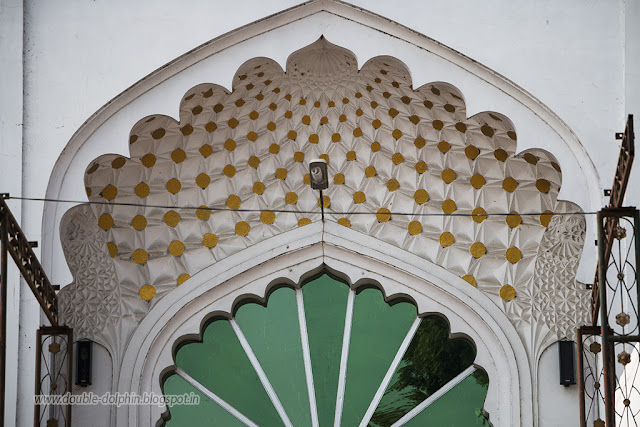 I am grateful to my friend, Devankan Chakraborty for being my guide around Lucknow, to Kalpajeet Bhattacharya for his hospitality, and to my family for accompanying me, and providing valuable inputs while shooting the monuments. Check out my father’s flickr page here.