I would not have walked into the Safed Baradari of Lucknow if it hadn’t been for my auto driver Dubey, who kept pointing it out every time we went past it. After the 4th time I heard him point to the structure and say “Baradari”, I thought I must investigate, and that is how I came upon this most intriguing structure, with a very chequered history. 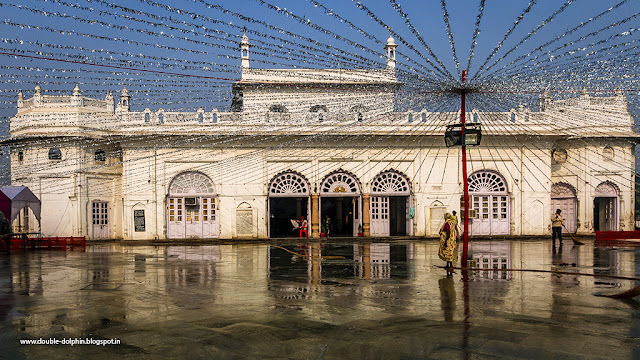 WHAT IS A BARADARI?

The word Baradari comes from two words; “bara” meaning twelve, and “dwar” meaning door. So a Baradari is literally a building or structure with twelve doors. Lucknow was once the capital of the Kingdom of Oudh, or Awadh and Lucknow’s Nawabs were flamboyant builders. Baradaris are a notable part of Lucknow’s architecture from the Nawabi period and several of them are found around the city. Baradaris take the form of pavilions with arched openings, three openings on each of the four sides of the building. They can be found inside forts, hunting parks and gardens, along river banks and even in the middle of lakes and tanks. Many of Lucknow’s Baradaris remain in good shape and remain in use, although not for the original purpose that they were built for. 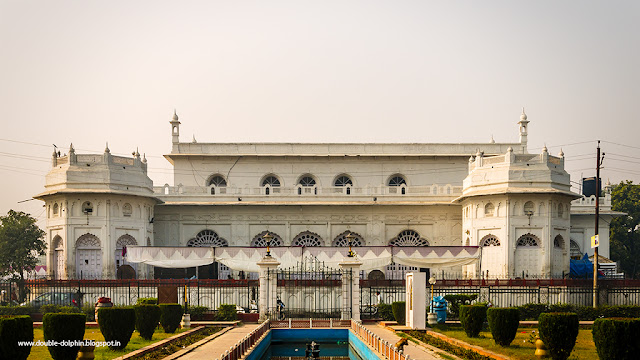 ARCHITECTURE OF THE SAFED BARADARI

Safed Baradari is located in Lucknow’s Qaisar Bagh (also spelt Qaiserbagh or Kaiser Bagh) area and stands on a raised platform or plinth. While it may be approached and entered from all sides, the Eastern side is the main entrance and there is a large terrace in front of it with carved marble screens as fencing. On top of the structure are octagonal towers in the corners. The interior of the Safed Baradari contains elaborate stucco work, beautiful arched gateways and windows with twin columns. Chandeliers hang from the ceiling and the building looks very well maintained. 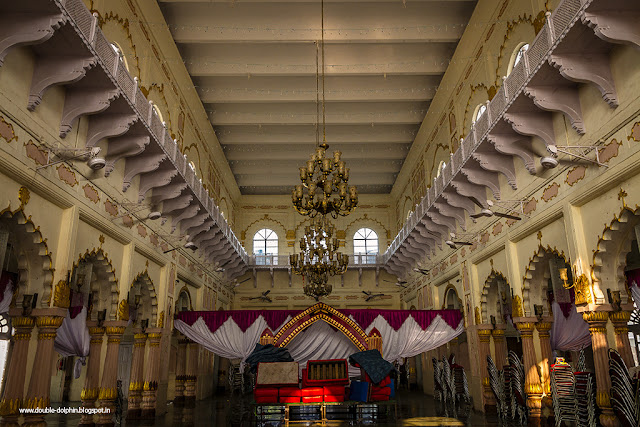 The Safed Baradari, so called because of its colour, (Safed in Urdu/Hindi means white) was built during the time of the last Nawab of Oudh, Wajid Ali Shah. It was completed in 1270 Hijri, which would be 1854 by the Gregorian calendar and was originally called Qasr-ul-Aza. It was meant to serve as an Imambara to observe azadaari for the martyrdom of Imam Hussain and his followers at Karbala. An Imambara, also referred to as a Hussainia, an Ashurkhana or Imambargah, is a congregation hall for Shia commemoration ceremonies, especially those associated with the Remembrance of Muharram. The Nawabs of Lucknow, being originally from Iran, were Shia Muslims and Lucknow remains a predominantly Shia city. 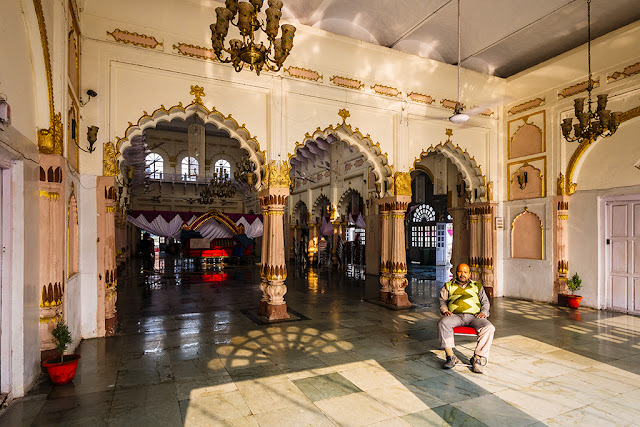 Oudh was annexed by the East India Company in 1856 and the Nawab, Wajid Ali Shah was exiled to Calcutta. This annexation was one of the many issues which led to the Sepoy Mutiny of 1857. While Lucknow was one of the major centres of the mutiny, the Safed Baradari did not sustain significant damage in the fighting. Under the Company’s administration, Safed Baradari was turned into a place for hearing claims and petitions from Wajid Ali Shah’s officers and relatives. Eventually, around 1923, the Safed Baradari was handed over to an association of Taluqdars of Oudh, known as Anjuman-E-Hind Avadh. This was eventually renamed to The British India Association of Awadh and this association still owns and operates the Safed Baradari. 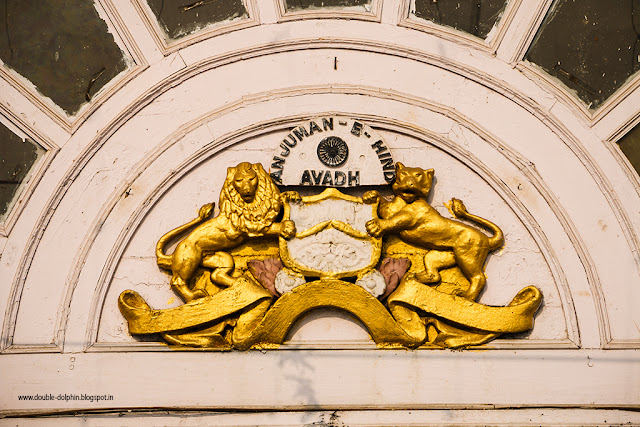 Inside the Safed Baradari at one point, were statues of the Maharajas Man Singh and Digvijay Singh of Balrampur who were the founders of the Anjuman-E-Hind Avadh. But when I visited the place in 2014, these statues were nowhere to be found. The building had been used the previous night for a dinner of some sort and furniture was being stacked and the courtyard was being cleaned. That is what the Safed Baradari is used for now; wedding receptions and dinner parties! What an incredible transformation! Like a Church, being turned into a discotheque! But we must be grateful I guess for the fact that it still remains standing and is in good shape and that is most definitely due to the revenue generated by such events. 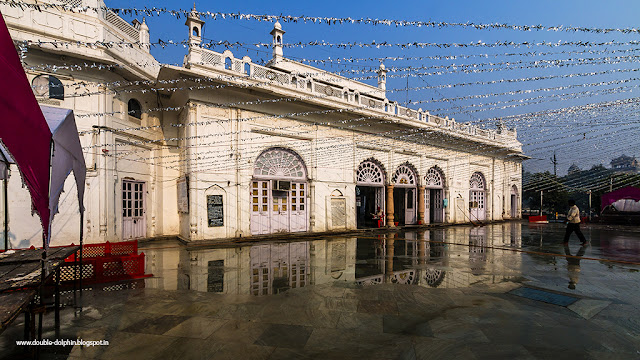 OTHER ATTRACTIONS AROUND THE SAFED BARADARI

To the East of the Safed Baradari is the Lakhi Darwaza or Qaisar Bagh Gate, which is one of the best examples of the Indo-European architectural style that developed in Oudh. To the North is Butler Park, within which may be seen the memorial to Sir Spencer Harcourt Butler, a colonial administrator who became the first Governor of the United Provinces of Agra and Oudh in 1921. Further North is the Bhatkhande Music Institute, which was founded in 1926 by renowned musicologist Vishnu Narayan Bhatkhande. 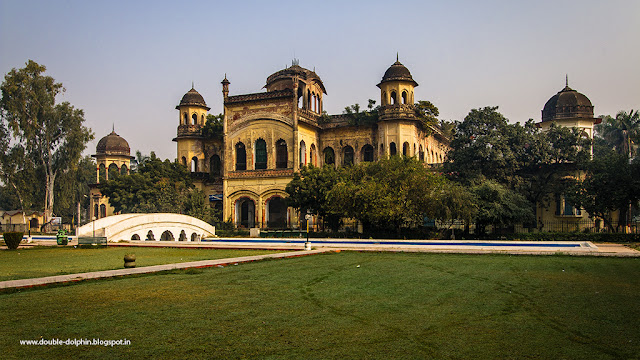 There is no entry fee for the Safed Baradari and unless there is a private function happening, you can probably just walk in there like I did. Smile, tell them you’re a tourist and no one will stop you from walking around and taking a few photographs.

I am grateful to my friend, Devankan Chakraborty for being my guide around Lucknow and to Kalpajeet Bhattacharya for his hospitality. Check out more images from Lucknow on my father’s flickr page here.