If the name United Service Club sounds unfamiliar to Calcuttans, that is because the club does not exist anymore and its handsome building on Chowringhee (now Jawaharlal Nehru Road) is known as the office of the Geological Survey of India. While the story of the club is certainly interesting, equally interesting is the story of the building itself, because, in all of Calcutta (Kolkata), this is possibly the only building to be shaped like a Maltese cross. 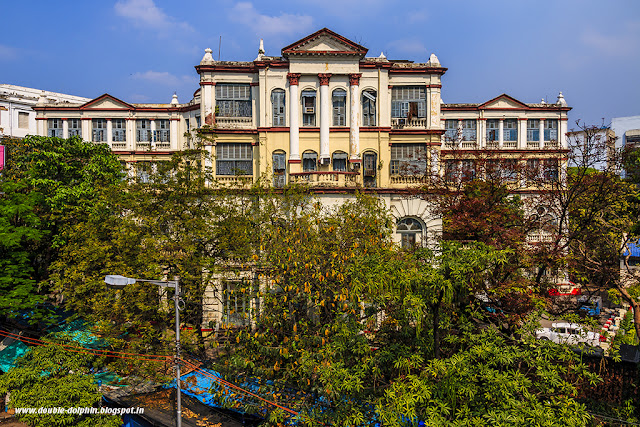 “In any town in India, the European Club is the spiritual citadel, the real seat of British power, the Nirvana for which native officials and millionaires pine in vain”

The earliest European clubs in India formed around common interests such as hunting or polo. They were the centre of social life for the ruling class and a club could be found in even the smallest of towns. Little surprise then, that the colonial capital had more than a dozen. Bengal Club, Tolly Club, Saturday Club, Royal Calcutta Golf Club, Royal Calcutta Turf Club, Calcutta Club, Dalhousie Institute, all continue to exist and prosper to this day. Like they did with their architecture, the Brits simply picked up the wildly popular club culture of London and transported it to India. Club membership was restrictive and clubs were the bastion of social prejudice and class divide. One could only become a member if other members approved, and if ones occupation was considered appropriate for the club one had applied to. Nevertheless, it was considered imperative to become a member of some club, any club, lest one be considered an outcast. In Calcutta (Kolkata), this was relatively easy because of a large number of options. Some clubs would admit members only from the armed forces while another would permit only those who were in commerce. Race restrictions were all too common and many clubs would not admit Indians. 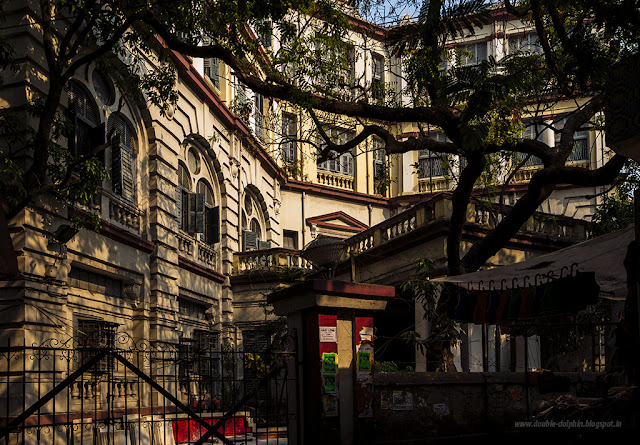 THE BENGAL MILITARY CLUB: THE PREDECESSOR OF THE UNITED SERVICE CLUB 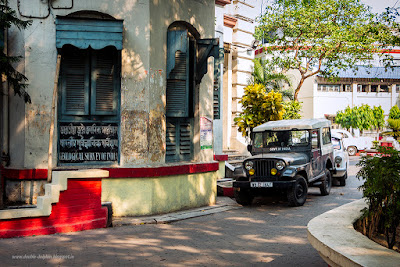 A club began when a group of individuals held a meeting, usually advertised in the newspapers, to discuss the need for a club. Those present would usually be listed as “founding members”, who would elect from amongst themselves, a secretary and a president, and would, through a process of votes, create a set of laws known as “club rules”. The Bengal Catholic Herald of 3rd May 1845, carries a report of a meeting of officers, held on Friday, April 24th, 1845, with the permission of Governor General Sir Henry Hardinge, for the purpose of forming a new club to be called the Bengal Military Club. This was to be composed of all officers of Her Majesty's and the Honourable Company's Military and Naval Services. On the 7th of August of the same year, the Bengal Harkaru reports that “the Bengal Military Club has opened with no fewer than 600 subscribers. It is a purely military institution intended to afford a comfortable and economical home to those officers of the Queen’s or Company's services whose affairs may call them to Calcutta (Kolkata), as well as an agreeable place of rendezvous to officers resident at the Presidency”. 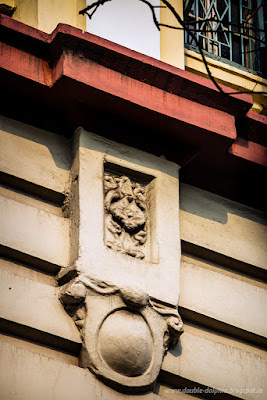 The restrictions on membership to the Bengal Military Club were severe. Not all Europeans were allowed in. In 19th century Calcutta, Europeans involved in trade and commerce were pejoratively referred to as “boxwallahs” and “counter jumpers” and even the manager of the biggest departmental store in Calcutta could never hope to become a member of the Bengal Military Club, or its successor, the United Service Club. But not even all members of the services were allowed in. Originally, members of the Police, Forest Service or even The Bengal Pilot Service, responsible for guiding shipping along the Hooghly River between Calcutta (Kolkata) and the Bay of Bengal, were disbarred. Ultimately of course, change came for a very practical reason; money. Such strait-jacket exclusivity meant the revenues simply weren’t enough to sustain the institution, and Montague Massey sarcastically notes that the club, “very wisely threw open wide the heavenly portals and admitted within their celestial and sacred precincts members of other government services”. 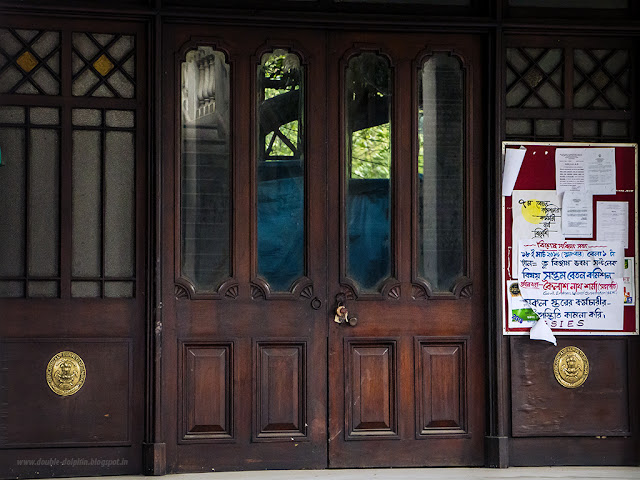 On 15th March 1853, the Bengal Military Club changed its name to the Bengal United Service Club. This change in name has led several websites, including Wikipedia, to state that the Bengal Club started out as the United Service Club. This is absolutely incorrect. Cotton writes that the “concerns of the Club are managed by a Committee, consisting of a President and 12 Members stationed at the Presidency. The entrance fee of each member is fixed at Rs. 150, and in addition, a fee of 15 rupees as a donation to the Library Fund, and a similar sum as a donation to the Billiard Fund. The subscription of each member is fixed at 18 rupees per annum, payable in advance, and 10 rupees per mensem in addition for each member resident in Calcutta; while the absentee subscription is Rs. 18 yearly”. Apart from the library, billiards, and the bar, the United Service Club also had several rooms for temporary or permanent residents. A curious thing is that there seems to have been one Indian woman who was a permanent resident in one of these rooms. Her husband was in the ICS, and she is supposed to have been from a very distinguished Bengali family, but her identity remains a mystery to me. While the club has never had female members, wives of male members used the club premises, and efforts were made to accommodate them. The larger card room, for instance, was decorated in what the club thought was a more feminine style, leading ICS man Sir Percival Joseph “PJ” Griffiths to remark that it was “like a brothel without the bandobast”! As the years passed the number of members increased and the United Service Club became so prosperous that it emerged as an independent company, The United Service Club Limited. The old club house was practically bursting at the seams, and the need was felt at the beginning of the 20th century for a new, larger building. 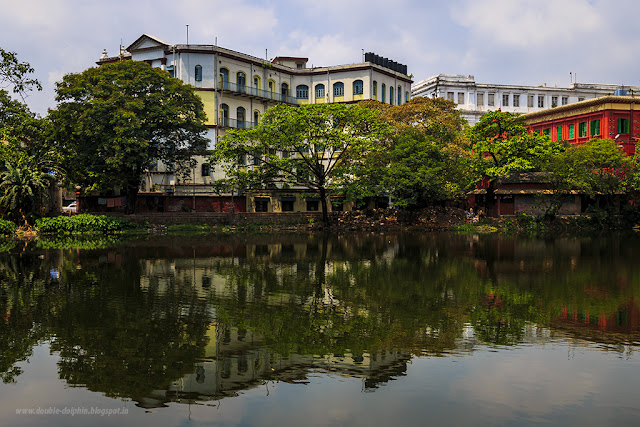 The original United Service Club building stood where the Chowringhee Mansions stand today. It was an ordinary looking building, surrounded by a low wall, and extending to Kyd Street (now Dr. M D Ishaque Road). In addition the club owned several other buildings on Park Street, and it seems, also owned the land on which the Masonic Lodge now stands. The spot to which the club moved, the building currently occupied by the Geological Survey of India, was once home to another famous personality. His name was John Palmer, and he was known as “the Prince of merchants”. Palmer also owned the plot at 18 Lalbazar Street, where the headquarters of the Calcutta Police now stands. There is a neighbourhood in Calcutta still known as Palmer Bazar, probably because it was John Palmer who founded the market. Alas, Palmer was buried in the North Park Street Cemetery which was cleared to make way for the Assembly of God Church, and no trace now remains of his grave. 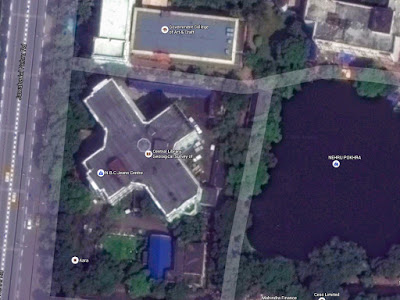 The United Service Club building was executed by the famous Calcutta (Kolkata) firm Mackintosh Burn & Co. in 1905. While the design is in-keeping with the general spirit of Chowringhee, what immediately attracts attention is the jaunty angle at which the building is set. Author Brian Paul Bach calls this a “diagonal defiance”. Former member Jim Pearson describes the building as being shaped like a Maltese cross. The corner location, the cruciform shape, and the angled layout was all geared to catch any breeze that there might be, and distribute it across the building. Corinthian columns and triangular pediments are seen on the short arm of the cross, facing outwards. The ground floor is rusticated, while Venetian arches are seen on the first floor windows. Pearson says, “On the ground floor, the four arms of the Cross housed the billiards room, the administrative offices, the library, and chambers for the accommodation of temporary visitors. The octagonal space, from which the arms of the Cross radiated, was used as the members’ bar. On the first floor, the arms of the Cross were occupied by the dining room, the kitchen, the card-room and the reading room. The space above the octagonal bar was open to the roof and provided an entrance lobby at the top of the main staircase to the public rooms”. In 1908, when the new Bengal Club building was being built, The United Service Club allowed Bengal Club members to use their facilities. This may be the only time in its long history, that they allowed “boxwallahs” in. 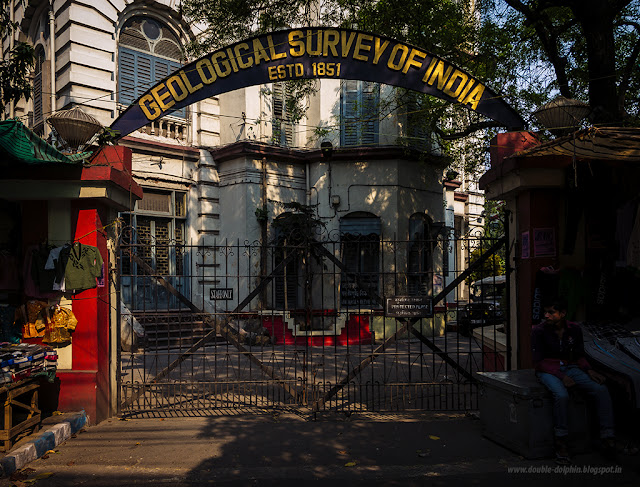 THE SNOOTIEST CLUB IN CALCUTTA

Indian independence is the one event I keep going back to. That was what ended the party for most of the buildings I write about, including the United Service Club. India has had many conquerors over the centuries, but the one thing that set the Brits apart was how they just got up and left once 1947 happened. When the Mughals conquered India, by contrast, India became their home. As the Brits left, the United Service Club found itself bleeding members. Many of these members did not cancel their memberships even when they left, because in the event that the club shut down, and sold all its property, part of the proceeds would go to them. The few surviving members in Calcutta (Kolkata) entered into negotiations with The New Club on Park Street, but these came to nought. They could have just loosened their membership restrictions, allowed in more Indians, and continued. Instead they chose to go into liquidation. The Geological Survey of India had wanted to take over the building for quite some time, and the price the government was offering was more than fair. All previous objections to the GSI sale were now withdrawn. The United Service Club shut down around 1949.